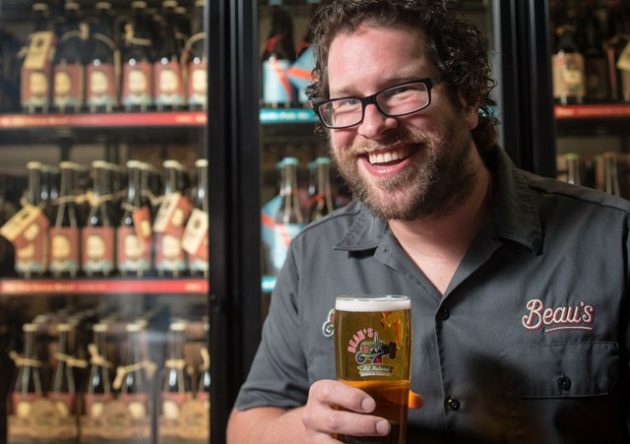 MONTREAL—The Canadian craft beer market still has room to expand as growth in the United States begins to run out of steam, the head of Molson Coors Canada said Wednesday.

Craft beer accounts for about six per cent of total volume in Canada, half of the relative size in the United States, the brewing giant said.

According to the National Brewers Association in the U.S., American craft beer sales growth continued to outpace mainstream offerings at six per cent growth last year, but that is down from double-digit growth in prior years.

Fred Landtmeters, CEO of Molson Coors Canada, said he doesn’t anticipate that happening in Canada because the market north of the border isn’t as advanced as the U.S.

“I still see room to grow for craft as a segment as part of the total beer in Canada and the recent trends confirm this,” he said after Molson Coors’s annual meeting.

Craft beer accounted for 22 per cent of beer sales or US$23.5 billion last year, the National Brewers Association says.

In Canada, the maturity of the craft beer market varies by province.

In Ontario, for example, the craft beer sector has grown by more than 13 per cent annually for about five years, generating approximately $240 million in sales in 2015, according to the Ontario Brewers Association.

Molson Coors sells Creemore Springs, Granville Island and Belgian Moon as craft beers in Canada and it has bought a stake in the Brasseurs de Montreal. In the United States, Molson Coors markets Blue Moon as among the largest craft beers available along with a portfolio of other brands acquired over several years.

Molson Coors CEO Mark Hunter said the company continues to look at new acquisition targets to round out its offerings.

“As a business we kick the tires on many opportunities,” he said.

Hunter said the rate of growth of craft beer in the U.S. has slowed over the past 18 months because the market has become oversupplied with options, prompting retailers to remove craft beer choices from store shelves.

“People wanted craft beer but there was way too many choices and it was almost overwhelming to a consumer,” said Brittany Weissman, a beer analyst with Edward Jones.

While new U.S. craft beers seem to pop up every week, it’s a little more challenging to start a brewery in Canada for several reasons including more regulations and challenges in distributing across provinces, she said.

Hunter also told Molson Coors shareholders that it expects to decide in the next 10 to 12 weeks whether to move or modernize its 231-year-old Montreal brewery.

Even if it moves as it did in Vancouver, the brewer plans to maintain a microbrewery and sales venue at the historic site near Old Montreal, with the rest being sold for redevelopment under the auspices of the city.