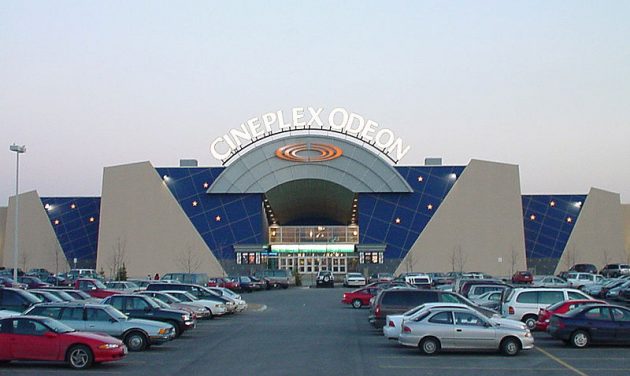 TORONTO – Cineplex Inc. will pilot a paid tier of its Scene loyalty program in a bid to offer more to consumers while bucking the subscription ticket models that have caught attention in the U.S.

Dubbed Scene Gold, the program will give moviegoers access to priority concession lines, once-a-week free upgrades to premium screenings and no-cost upgrades on popcorn and drinks.

The program will also mean fewer Scene points will be needed for film tickets on Wednesdays and include 50 per cent more points earned on purchases at Cineplex and Scene partners.

Scene Gold will not replace the free version of the Scene program more than nine million Canadians subscribe to.

The premium program will only be available in Edmonton for now, though Scene managing director Matthew Seagrim hinted Cineplex will watch the pilot closely and consider expanding it.

“We have been for looking for a long time for ways to recognize and reward our most avid members,” said Seagrim.

“We know our members love points so we focused on building a program that would let people earn points more quickly.”

The pilot comes as North American entertainment giants have been looking to counteract the unpredictability of the box office and the competition of on-demand streaming services by toying with subscription programs that allow consumers to pay a single fee for an unlimited or bulk number of movie tickets for the month.

MoviePass, which charges about US$10 a month for up to three movies, has become perhaps the most famous of the subscription programs in North America.

However, the U.S. program, which is not available in Canada, has been fraught with troubles because it generally pays theatres for the full cost of the tickets its consumers use.

MoviePass proved so costly for owners Helios and Matheson Analytics Inc. that they reportedly took out a $5-million emergency loan to cover costs.

Turkish entrepreneur Rifat Oguz’s service Sinemia has been one of the few attempting to make it in the Canadian market. Sinemia charges $12.99 to watch two movies a month or $17.99 for three a month.

Sinemia offers tickets to Cineplex’s venues, but has no formal partnership with the company.

Cineplex has toyed with building loyalty through the Scene card and allowing it to be used not just at theatres but also at its Rec Room arcade bars and tech-infused entertainment spots called Playdium.

Cineplex chief executive Ellis Jacob has said he’s content with the Scene program and worries about the viability of models like MoviePass because such programs have changed their prices and offerings so often, delivering less to consumers over time.

“We will evaluate the subscription model that works for both Cineplex and their studios,” Jacob said in May. “We’re not rushing into doing something that will not provide meaningful benefits to both sides.”