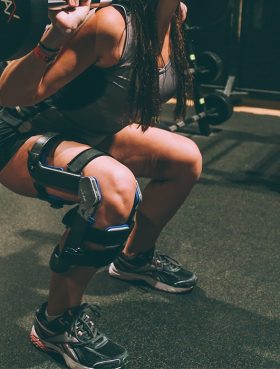 The East Coast company plans to release a civilian version of its knee brace this fall. PHOTO: Spring Loaded

OTTAWA—The Canadian military is trying out a “bionic” knee brace developed by a Halifax-based company.

Spring Loaded Technology has delivered 60 bionic knee braces to National Defence for field testing in Ottawa as part of a $1-million contract with the company for 190 braces.

Maj. Edward Jun says soldiers will test out the brace’s strength in a series of exercises and movements to see how it performs in field conditions and training areas across the country.

The Nova Scotia researchers who developed the brace say it can enhance ability and reduce fatigue by storing energy when you bend your knees and releasing it as you straighten.

The military brace will have reinforced rods to make it stronger and a knee-pad that will complement the military’s tactical gear.

The civilian product, to be sold for $2,500, is intended for athletes going through rehabilitation, workers needing to alleviate knee stress and fatigue and older people with worn-out knees.