A total of eight icebreakers deployed to the Arctic this year 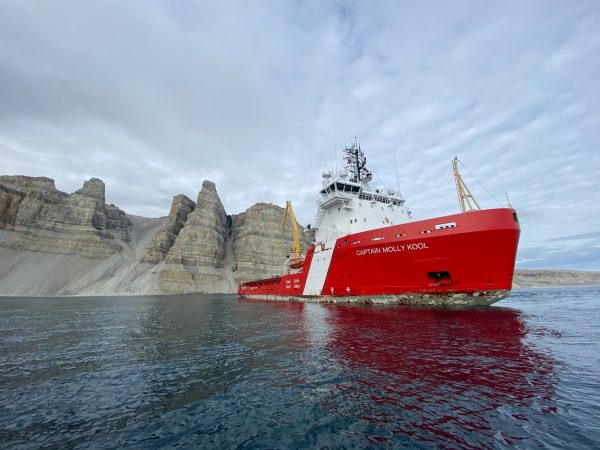 “Despite a season like no other, the Canadian Coast Guard members and crews promptly and successfully adapted to the new reality of operating during a worldwide pandemic,” said Bernadette Jordan, Minister of Fisheries, Oceans and the Canadian Coast Guard, in a prepared statement. “We are certain that no matter what 2021 brings, the Canadian Coast Guard will continue to work with its northern partners to safely deliver services and programs in the Arctic, including assistance with community resupply and ensuring the safety of mariners and our oceans.”

In collaboration with the Department of National Defence, Coast Guard coordinates marine search and rescue operations in three Joint Rescue Coordination Centres (JRCC) located in Halifax, Trenton, and Victoria. For Arctic distress calls, which are received, dispatched, and managed by JRCC Trenton and Halifax, Coast Guard was involved in 77 cases in 2020. This includes 32 cases responded to by the Canadian Coast Guard Auxiliary. As part of the Arctic Region’s search and rescue programs, Rankin Inlet’s Inshore Rescue Boat station crew carried out three training exercises, responded to six cases, and travelled over 2,062 nautical miles this season. The station closed on October 27 and will reopen in June 2021.

Under the Oceans Protection Plan, Coast Guard is actively working with Indigenous and northern residents to support the Canadian Coast Guard Auxiliary (CCGA) across the Arctic. Through the Indigenous Community Boat Volunteer Pilot Program, community boats were delivered to Kugluktuk, NU, Pond Inlet, NU, and Yellowknife, NWT, enabling the local community to respond to search and rescue incidents off their coastlines.

Coast Guard’s Training and Exercise Program participated in a total of seven exercises with government, industry, and partners, such as the Canadian Red Cross, Government of Nunavut, and northern Hunters and Trappers organizations. Prior to the COVID-19 pandemic, two exercises were held in person, while the remaining five exercises were done remotely.

The Canadian Hydrographic Service (CHS) seabed mapping and charting program is critical for navigational safety and directly linked to the essential services delivered by the Coast Guard in the Arctic. The survey season in the Canadian Arctic is a short but extremely valuable window to collect data and ultimately improve navigational charting in the Arctic to modern standards. CHS worked closely with its Coast Guard partners to ensure modified program could be delivered safely within COVID-19 protocols to protect our employees and northern communities.