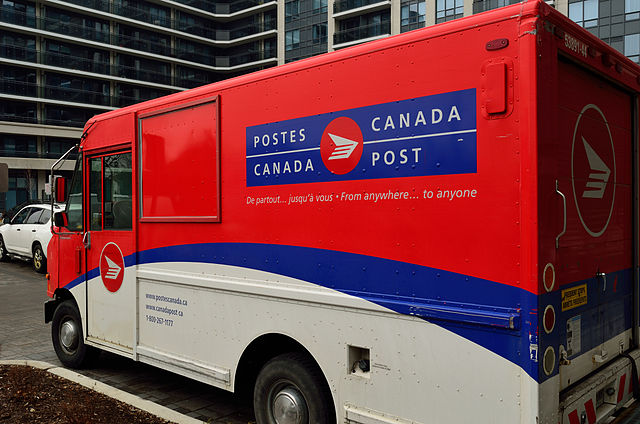 TORONTO—Businesses are warning people throughout the country about the suspension of mail service if workers at Canada Post go on strike or are locked out this weekend.

A number of companies, including TD Bank, Virgin Mobile and American Express, have told customers not to expect bills in the mail in the event of a labour disruption. Some are encouraging their customers to instead pay their statements online, over the phone or at their local bank branch and avoid mailing in payments due to potential delays.

Unionized workers at Canada Post are in a legal strike or lockout position as of July 2 if an agreement isn’t reached. The Canadian Union of Postal Workers said it “absolutely” does not plan to hit the picket lines Saturday.

The last day for mail delivery would be Thursday if a labour disruption occurs this weekend because of the Canada Day holiday on Friday.

The head of the Canadian Federation of Independent Business said that any action will hurt small businesses that rely on mail service to deliver invoices and payments to other firms.

“There are some small firms that will no doubt be heavily hit by any work stoppage,” said Dan Kelly, president of the group, which represents more than 109,000 members.

“What worries them the most are parcel shipments and money that gets tied up in the mail. It’s the primary way for businesses to pay each other.”

Canada Post and the union have been in negotiations since December for its 50,000 delivery and plant employees.

The Crown corporation says it tabled new contracts last Saturday but has yet to hear a response from the union, which must issue a 72-hour notice before going on strike.

On Tuesday, CUPW asked for a two-week extension to give them more time for contract negotiations. Canada Post denied the request.

Union president Mike Palecek said the union’s main issues are with Canada Post’s decision to offer new employees only defined-contribution pensions and what it calls a two-tier pay scale for urban and rural mail carriers.

“Canada Post is asking us to sell out our future coworkers by agreeing to a two-tier system for doing the same work,” he said. “That’s unacceptable to us.”

Canada Post said the defined-contribution pensions would only apply to incoming workers, adding that the two sides also can’t agree on the hiring of temporary and part-time delivery employees for evenings and weekends.

“We’re seeing the impact that the uncertainty is causing in our facilities,” said Jon Hamilton, a spokesman for the postal service.

“The amount of mail, the amount of advertising mail, the number of parcels are already declining. Many of our customers have already put contingency plans in place months ago and have been moving away from Canada Post.”

Hamilton said a work stoppage will result in lost business in an industry that it is already feeling the squeeze from other delivery services and the growth of online payments and digital flyers.

“We understand our customers have businesses to run, and we’ve been trying to give them as much advance notice as one could,” he said.

“Obviously we’re hoping that we can get a deal and continue to operate, but when customers are looking for that certainty and we can’t provide it, they need to make other plans.”

Rivals Purolator and UPS said they are prepared to step in if a Canada Post labour disruption occurs.

The last labour disruption at Canada Post occurred in 2011, when there were 10 days of rotating strikes, followed by a nearly two-week lockout before Ottawa invoked back-to-work legislation.