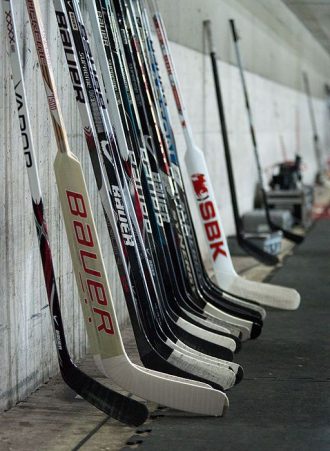 EXETER, N.H.—The maker of Bauer hockey skates and other sports equipment says it will seek court approvals to sell most of its assets for US$575 million to two of Canada’s largest financial groups after it failed to attract any rival bidders.

Performance Sports Group, based in Exeter, N.H., says it didn’t receive any qualified alternatives to the previously announced offer from affiliates of Power Corp. and Fairfax Financial Holdings.

The offer was submitted as an opening bid for a potential auction under the supervision of courts in Delaware and Ontario, but Performance Sports says it received no other qualified bids by a Wednesday deadline.

Performance Sports says it expects to get the necessary approvals and close the transaction no later than Feb. 27 and that its operations will continue uninterrupted.

Power Corp.’s Sagard Capital Partners and Fairfax made their “stalking horse” bid in October to set a minimum price for PSG’s assets, which include the Bauer hockey brand, Easton baseball brand and other sports equipment businesses.