No deaths have been reported from the norovirus outbreak, but 289 cases of the illness in Canada have gutted orders, forced layoffs and brought the industry to a standstill 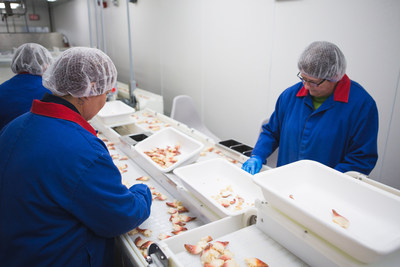 VICTORIA—British Columbia’s shellfish industry is reeling from the impact of a mysterious norovirus that has forced the closure of seven coastal oyster farms, caused others to curtail operations and made hundreds of Canadians sick.

Stephen Pocock says his Vancouver Island shellfish company is feeling the pain of the ongoing outbreak even though his oysters have tested negative for norovirus.

“We have stopped shipping,” he said in an interview. “We haven’t shipped since the 19th of January because we’re not confident we can ship without getting entangled in a lot of extra paperwork and aggravation. Basically, the marketplace is not receptive at the moment.”

The Public Health Agency of Canada reported earlier this month that no deaths have been reported as a result of the norovirus outbreak, but cited 201 cases in B.C., 40 in Alberta and 48 in Ontario from December to February.

Noroviruses are highly contagious and cause gastroenteritis in people, which includes flu-like symptoms, diarrhea and vomiting.

Pocock said he has laid off three people at his company, Sawmill Bay Shellfish, including a salesperson, a delivery driver and a processing plant worker. He said his remaining three employees are working reduced hours at the farm at Hariot Bay on Quadra Island, just off the east coast of Vancouver Island.

Pocock said his main shellfish customers are restaurants in Vancouver and Whistler.

Darlene Winterburn, executive director of B.C.’s Shellfish Growers Association, said the longer the outbreak continues the more devastating it is for the industry. The non-profit organization has 158 members and represents almost 80 per cent of shellfish farmers in British Columbia, and includes industry suppliers and service providers.

She said the cause of the norovirus has yet to be determined and government officials and scientists are examining a range of possibilities, including a sewage leak or perhaps an unusually cold winter that also meant less sunlight, which affected the oysters’ ability to filter toxins.

The farms are spread out over a large area, most of them on Vancouver Island.

“People are afraid, because they don’t know,” said Winterburn. “Nobody has been able to identify a single point source at this stage. Is it septic? Is it sewage? Is it something else entirely that nobody knows the answer to?”

Pocock said he has been running his shellfish business for a decade but he’s never seen an outbreak this widespread and devastating.

“If I gave you an answer I’d just be guessing. There probably isn’t one cause. I think there are several factors that are playing into this,” he said.

The Public Health Agency of Canada recommends people fully cook their shellfish before consuming. The agency’s website says oysters should be cooked to an internal temperature of 90 C for a minimum of 90 seconds.