by Mike Blanchfield and Lee Berthiaume, The Canadian Press  June 7, 2017

A day after Foreign Affairs Minister Chrystia Freeland said Canada can no longer rely on the U.S., the Liberal government said it will commit billions to bankroll a major expansion of Canada’s Armed Forces 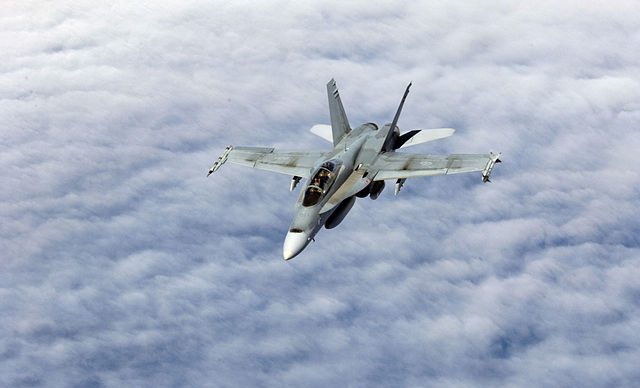 The funds will go toward bolstering Canada’s Armed Forces and includes spending on air, sea and land forces. Much of the spending is not scheduled to hit the books until 2020-21 due to long procurement lag times for equipment such as fighters and ships

The Trudeau government committed to spend $62 billion more over the next two decades for a major expansion of the Canadian Armed Forces, aimed at ensuring it can properly defend the country in an increasingly unstable world.

But much of the money won’t flow until after the next election, and Defence Minister Harjit Sajjan refused to entertain the question of whether the spending spike would mean bigger federal deficits or spending cuts in other areas.

The promised new cash is the cornerstone of the government’s long-awaited defence policy update, which Sajjan unveiled to much fanfare at the Cartier Square Drill Hall in Ottawa.

“If we’re serious about our role in the world, we must be serious about funding our military,” he told a news conference attended by dozens of uniformed military personnel.

That cash will be essential for the ambitious, 20-year vision laid out in the new policy document, which includes old standbys such as working with the U.S. to defend North America, saving Canadians in distress and working with NATO allies to confront threats abroad.

But the plan also calls for adding various military capabilities, such as the ability to conduct offensive cyberattacks, the purchase of armed drones and the addition of 5,000 more full- and part-time troops.

At the same time, the review also acknowledged significant shortfalls to date in terms of supporting ill and injured soldiers, as well as the amount of money that has already been set aside for major procurement projects.

For example, while the previous government planned to spend $26 billion to replace Canada’s 15 frigates and destroyers, the actual cost will be closer to $60 billion, the review says.

Underpinning everything is the reality—spelled out in a major policy speech Tuesday by Foreign Affairs Minister Chrystia Freeland—that Canada can no longer rely on the U.S. for its defence to the same extent it has in the past.

While some of the new money will start flowing this year, the taps aren’t expected to really open until 2020-21.

Officials speaking on background said the delay was unavoidable because of the amount of time needed to buy new warships, fighter jets and other major equipment.

There were also unanswered questions about where the Liberal government, already staring at a deficit projected at $23 billion for 2016-17, will actually find the money to make good on its promises.

Officials say the money for the first five years has already been included in the government’s current fiscal plan, but that decisions will need to be made over the longer term.

For his part, Sajjan would only say that the Liberals’ defence policy had been “rigorously costed” and was “fully funded,” before emphasizing what he described as good news for the military.

The plan sparked immediate praise from NATO Secretary General Jens Stoltenberg, who has previously joined U.S. President Donald Trump in calling for all allies to spend more on their militaries.

“This new policy affirms Canada’s unwavering commitment to NATO and will ensure Canada has the armed forces and key capabilities that the alliance needs,” Stoltenberg said in a statement.

The review anticipates that some of Canada’s military operations will include government-sanctioned cyberattacks and drone strikes on foreign threats, and an increased role for special forces in overseas missions.

“Technology and the changing nature of conflict itself have fundamentally altered the landscape on which we operate,” Defence Minister Harjit Sajjan said as he introduced the review at a news conference in Ottawa.

However, the very nature of the cloak of secrecy that envelops almost all of Canada’s special forces, as well as the active expansion of fighting in cyberspace, will likely raise questions about transparency and civil liberties.

The policy increases the ranks of special forces by 605 people. They will get new airborne intelligence, surveillance and reconnaissance tools.

The special forces are made up of elite JTF-2 commandos and the Joint Incident Response Unit, which is responsible for responding to nuclear, chemical and biological attacks, a contingent of 2,000 in all.

There are about 200 special forces commandos deployed in northern Iraq on a mission focused mainly on training Kurdish fighters. However, Canadian special forces have engaged in gun battles in Iraq as they’ve ventured onto the battlefield for training.

In March, the government revealed that some of the special forces took part in the battle to reclaim the Iraqi city of Mosul from ISIL when an undisclosed number of soldiers accompanied Iraqi forces in the city.

The review says cyberspace is becoming an increasingly hostile place with an increase of state and non-state actors posing threats, and concludes that “a purely defensive cyberposture is not sufficient.”

The review says the military will launch “active cyberoperations against potential adversaries in the context of government authorized military missions.”

While non-state actors—terrorists—proliferate and exploit cyberspace, the review says, “the most sophisticated cyberthreats come from the intelligence and military services of foreign states.”

The review doesn’t name specific countries, but highlights the threat posed by “hybrid war,” something associated with Russia and accusations it has tried to influence elections in foreign countries, notably the U.S. presidential contest that brought Donald Trump to power.

“Hybrid methods are frequently used to undermine the credibility and legitimacy of a national government or international alliance,” the review said.

“By staying in the fog of the grey zone, states can influence events in their favour without triggering outright armed conflict.”

That presents challenges for how Canada and its allies should respond, notably the application of NATO’s Article 5 that says an attack on one member country constitutes an attack on all 28 countries in the alliance.

The use of armed, unmanned drone aircraft will also become a feature of future Canadian Forces operations, the review predicts, as Canada faces new threats from “weaponized” drones.

Paul Hannon, the executive director of Mines Action Canada, warned that there is great international concern about the growing use of autonomous weapons.

“Canada should lead a global effort to ensure a machine or algorithm never is delegated the authority to select and engage a target without meaningful human control.

Climate change is also singled out as a threat, one which knows no borders, because of its ability to force mass migrations of people, which can create humanitarian crises and spark fights for scarce resources.