Wins in the International Lager Category at the Ontario Brewing Awards 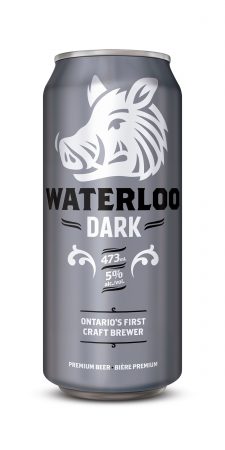 KITCHENER, Ont. — Waterloo Dark was awarded a Gold in the International Lager Category at the Ontario Brewing Awards, held Nov. 14.

The virtual ceremony celebrated the best Canadian-owned brewers in Ontario, across 36 categories. Waterloo Brewing in Kitchener, Ont. was one of more than 100 Ontario breweries that submitted 400 entries.

Waterloo Dark Lager has been a winner for Waterloo Brewing since 1984 when introduced to the market as Ontario’s first craft beer.

“Waterloo Dark is Ontario’s first craft beer,” said Kim Mannerow, director of marketing for the brewer. “This award reinforces its position as the leading dark larger despite the increased competition over the years.”

This is not Waterloo Dark’s first win since its introduction. Accolades have come from the World Cup of Beer, Canadian Brewing Awards, Monde Selection International Quality Institute, and previous years at the Ontario Brewing Awards.