During Ackman's tenure on the board, CP transformed from railroading's biggest laggard to one of the industry's best performing companies 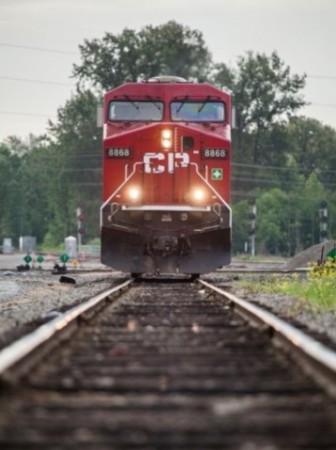 CALGARY—Big changes are coming to Canadian Pacific Railway Ltd.’s board of directors as activist investor Bill Ackman announced his immediate resignation and the company appointed two additional board members.

The additions of Jill Denham and William R. Fatt come about a month after Ackman’s hedge fund Pershing Square Capital Management L.P. sold its entire 6.4 per cent stake for $1.9B.

“Bill has been instrumental in CP’s turnaround and his leadership will be missed at the board level,” said Andrew F. Reardon, CP’s chairman of the board. “His experience, energy, commitment and knowledge served the board well over the last four years and positions CP well for the future. With our focus on the future, we have added two new individuals who will bring a great deal of knowledge and passion to their roles.”

Mr. Ackman, who was a member of the Finance and Corporate Governance and Nominating Committees, joined the board in 2012 and later backed CP’s failed US$30-billion bid to buy U.S.-based Norfolk Southern railroad.

“I have enjoyed working with Bill from day one,” said E. Hunter Harrison, CP’s Chief Executive Officer who was brought out of retirement by Ackman to lead CP’s turnaround efforts. “He saw an opportunity at CP, worked hard to bring me in to the fold, and delivered for shareholders and the board. Over the last four years we have built a better CP and that model remains in place to continue to deliver not just for shareholders, but for customers and employees.”

Mr. Ackman led the successful effort to install new board members and new management at CP in 2012 when the company was the worst-performing Class 1 railroad in North America. Since that time, CP has generated more than $14 billion in shareholder value and its share price has outperformed the S&P/TSX Composite by 120 percent through the end of 2015.

During Mr. Ackman’s tenure on the board, CP transformed from railroading’s biggest laggard to one of the industry’s very best.

“I am proud to have served alongside so many passionate and diligent board members, and to have worked with management and the entire CP team on one of the most successful turnarounds in North American corporate history,” Mr. Ackman said. “I am confident that with CP’s superb management and strong governance, it will extend its remarkable track record into the future.”

Denham joins the CP board after a career spent in senior roles in the financial services industry. She was the Vice Chair Retail Markets at CIBC from 2001 through 2005 and the Managing Director Head of Commercial Banking and E-Commerce at the bank from 1999 to 2001. Prior to that, Ms. Denham served CIBC overseas in London, UK as the Managing Director Head from 1995. She entered the financial services industry in 1983.

She currently serves as Chair of the Board at Morneau Sheppell and at Munich Reinsurance Canada. She is also a board member at National Bank of Canada and Kinaxis Inc.

Mr. Fatt currently sits on the board of the Jim Pattison Group and the Bank of Nova Scotia. Previously, he had served on the boards of Cadillac Fairview Corp., EnCana Corp., SunLife Financial Inc. and Enbridge Inc.