From zero to 216 mph—how Ford pieced together the GT, its fastest supercar ever 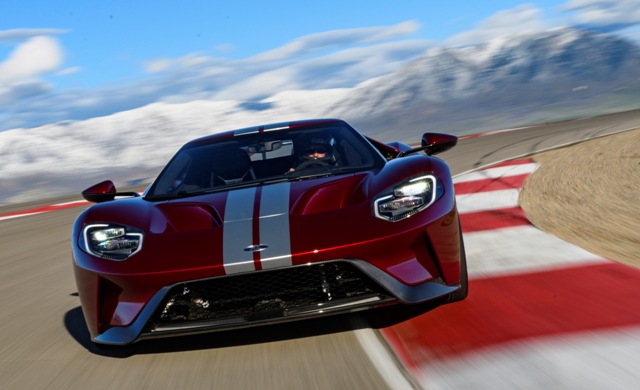 The Ford GT has had no trouble holding its own on the track, but according to the engineers responsible for it, winning races was never the top priority. PHOTO: Ford

DEARBORN, Mich.—Ironically enough, winning races has never been top-of-mind for the team of engineers behind the fastest production vehicle the Ford Motor Co. has ever built.

You wouldn’t know it by the GT’s track record, but according to Raj Nair, Ford’s chief technical officer and executive vice-president of Product Development, finishing first wasn’t even the secondary priority when the automaker laid out its initial design plans for the supercar four years ago.

“When we began work on the all-new Ford GT in 2013, the team had three goals,” Nair said in a statement. “The first was to use it as a training ground for our engineers as we develop future engine technology and stretch our understanding of aerodynamics. Then, to push the boundaries of advanced material usage, such as lightweight carbon fiber.”

But even if Ford didn’t set out to create a street-legal vehicle capable of reaching speeds of 216 miles per hour (347 kilometres per hour), the new GT has already exceeded expectations—and demonstrated a number of new auto technologies that can make vehicles lighter, faster and more efficient along the way. 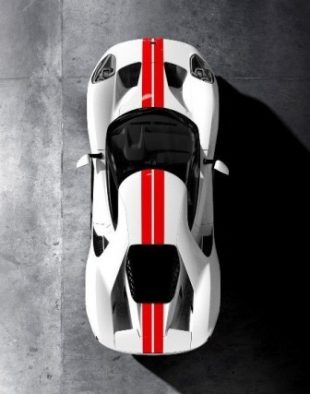 The GT takes lightweighting to the next level, shedding certain steel and aluminum parts for carbon fiber components. PHOTO: Ford

Among the innovative components packed into the 647-horsepower GT is the most powerful EcoBoost engine Ford has ever built.

The 3.5 liter twin-turbocharged V6 engine delivers 550 lb.-ft. of torque and was adapted from an earlier prototype when engineers found the engine’s crankshafts were cracking under grueling race conditions. To solve the issue, the test engine’s crankshafts were replaced with a pre-production component from another Ford EcoBoost engine—one destined for use in the F-150 pickup.

Ford premiered the first of its EcoBoost line of turbo direct-injection engines in 2009 and has been working to improve the technology ever since.

“We pushed the engine’s limits beyond what we might consider in traditional development programs, which is important as we continue to advance EcoBoost technology as a centerpiece of the company’s global lineup,” Bob Fascetti, vice-president of powertrain engineering at Ford, said.

To boost the GT’s power coming off corners, the company also developed an anti-lag turbo technology that keeps the throttle open even when the driver isn’t on the gas. Though the fuel injectors are switched off, the tweak ensures turbo speed and boost are maintained, allowing the engine to respond immediately when the driver is back on the pedal.

Ford points to the supercar’s distinctive flying buttresses—that extend from the car’s roof to its rear fenders—as one component that simply couldn’t be built from steel or aluminum. While the limitations of metal stamping technology wrote off both materials, carbon fiber can be shaped into complex geometric designs by cutting it into a specific shape as a cloth before it’s strengthened at a high temperature. 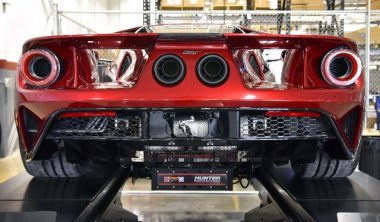 The GT is equipped with a deployable spoiler at the rear. Flaps open or close depending on whether or not the wing is deployed. PHOTO: Ford

Another key feature that makes the GT so fast is its stabilizing aerodynamics.

From the car’s large, newly-designed deployable wing at the rear, flaps that open or close and special ducts at the front, a long list of the GT’s exterior elements have been optimized to reduce drag and maximize downforce.

The supercar also boasts hydraulic suspension that adjusts the ride height of the GT with the turn of a nob. In “track mode” the rear wing deploys and the hydraulics drops the car 50 millimetres (nearly two inches). For street driving, the car also includes a “front-lift mode” that allows the GT to clear speedbumps or pull into a steep driveway.

The hydraulic system gives the vehicle a way to guarantee stellar track performance while ensuring the car is equipped for the very different perils of conventional roads.

The GT also uses computer assistance to adjust its suspension and aerodynamics to match the vehicle’s speed and the driver’s skill level.

And while most Ford customers don’t have the several hundred thousand dollars to spend on the new GT, Ford says the supercar has successfully proved out a number of new technologies that it’s now looking at rolling out to its wider vehicle lineup.