Xi firmly in charge as China turns to legislative season

The leader of the Communist Party is expected to throw his weight around at this year's legislative session, in particular with respect to the tariff dispute with the U.S. 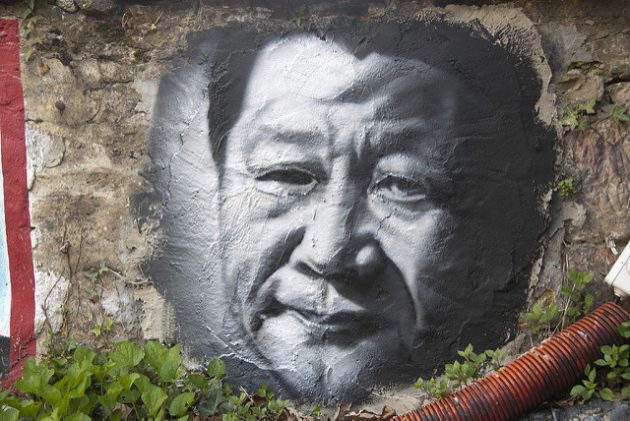 BEIJING – A year since effectively making himself China’s leader for life, Xi Jinping appears firmly in charge, despite a slowing economy, a trade war with the United States and rumbles of discontent over his concentration of power.

As China’s president and head of the ruling Communist Party, Xi wields more authority than any leader since Deng Xiaoping in the 1980s and looms large over the annual legislative session that starts Tuesday.

Since assuming the party helm in 2012, Xi has eliminated rival factions, gutted civil society and brought the party under his firm control by way of a sprawling anti-corruption campaign and the opening of party committees in private businesses and foreign companies.

Still, with the economy’s go-go years firmly in the past and local governments mired in debt, the horizon remains littered with challenges.

“Global sources of turmoil and risks have increased and the external environment is complicated and grim,” Xi told officials in a speech last month.

This year’s legislative session is expected to be considerably less dramatic than last year’s, when Xi’s move to amend the constitution to remove term limits on the presidency opened the way for him to remain head of state for as long as he wants.

The move reversed a trend toward greater restraint on the leadership, advertising Xi’s willingness to upend what tenuous rules and structures the party had institutionalized in recent decades.

Chief among them is the tradition that, by his second five-year term, the leader should begin pointing to a likely successor. Xi has made no moves in this area while arrogating to himself ever-greater authority over government, from the economy to foreign policy and the military. As party general secretary, Xi is head of its all-powerful seven-member Politburo Standing Committee.

“To my mind, the most important question now is: Which norm is the next to fall?” Carl Minzner, a professor at Fordham Law School in New York City and author of a recent book on Chinese politics, said in an email.

At a wide-ranging news conference Monday, congress spokesman Zhang Yesui reiterated Beijing’s desire to find a mutually acceptable resolution to the tariff dispute with the U.S. and touted the advantages of a draft law that he said would mark a “fundamental change” in how China manages foreign investment.

While the foreign investment law is the only item on the congress’ agenda, Zhang said its standing committee would be taking on new legislation in the areas of drug regulation, veterans’ affairs and protection of the Yangtze River, China’s most important internal waterway.

The standing committee meets every two months to deal with the bulk of the congress’ legislative chores.

As with last year, Zhang declined to disclose the planned increase in China’s defence budget, the world’s largest behind the U.S., but appeared to indicate it would continue the trend of single-digit percentage growth in place since 2016.

“When it comes to whether a country poses a military threat to other countries, the key is that country’s military and foreign policies, not how much its defence budget increases,” Zhang said.

“China’s limited defence spending is for safeguarding the sovereignty, security and territorial integrity of the country. It is not a threat to other countries,” he said.

China’s armed forces have undergone a thorough expansion and modernization program in recent years, raising concerns in Washington and among its neighbours, particularly those sharing overlapping territorial claims in the strategically vital South China Sea. China also claims ownership of East China Sea islands controlled by traditional rival Japan and threatens to attack self-governing Taiwan to take control of what it regards as a breakaway Chinese territory.

Xi has cast himself as an ardent nationalist and foreign policy hawk, protecting himself from accusations of being too soft toward the West.

Yet while he appears solidly in control, University of Oxford China specialist Patricia Thornton says discontent lies under the surface, citing criticism over the removal of term limits and Xi’s heavy-handed management of foreign policy and trade, along with reports showing an erosion of confidence in the economic outlook.

“There have been signs of discontent brewing among political and socio-economics elites that could translate into some backpedaling on current central policies,” Thornton said.

Cheng Li of the Brookings Institution says Xi finds himself in a “delicate situation” and may make a show of including others in the decision-making process, as long as his leadership isn’t challenged.

“He will not change the way he is already above the Standing Committee,” Li said. “But in some of the other things, Xi may give other leaders more chance.”

Independent commentator and veteran observer of Chinese politics Zhang Lifan questions whether Xi may have overplayed his hand, leaving him open to more direct criticism.

“Xi’s power peaked at the time of the constitutional revision last year, but the centralization of power may not be as complete as he thinks,” Zhang said.

“As more and more problems crop up, questions about his governing ability held in private will be placed on the table,” he said.

As with every year, this week’s meetings have brought a sweeping security crackdown, with neighbourhood committees mobilized to patrol for trouble and construction work suspended to avoid accidents. Known government critics were confined to their homes or taken on what are euphemistically called “holiday trips” by the security forces to ensure they couldn’t be contacted.

Such concerns may be heightened because this year marks several sensitive historical dates, including the 70th anniversary on Oct. 1 of the founding of the People’s Republic and the 60th anniversary this month of an uprising against Chinese rule in Tibet.

June will see the 30th anniversary of the military’s crushing of the 1989 pro-democracy protests centred on Beijing’s Tiananmen Square, and the 10th anniversary of deadly anti-Chinese riots in Xinjiang that has led to the interment over the past two years of an estimated 1 million members of Muslim minority groups.