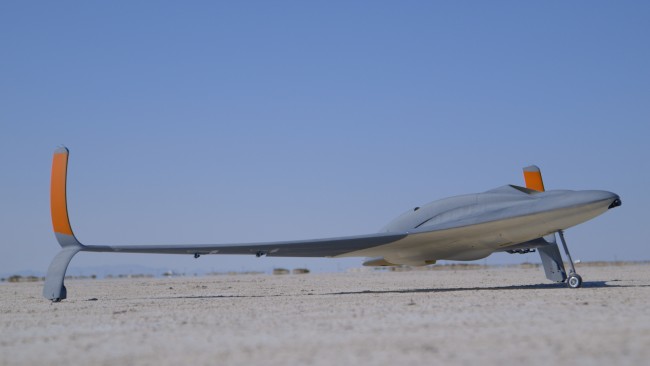 Additive manufacturing technology allowed engineers to design and build the drone with a hollow core, but a significant 3 metre wingspan. PHOTO: Stratasys

MINNEAPOLIS—The world’s largest, fastest and most complex 3D printed unmanned aerial vehicle, or drone, has been unveiled at the Dubai airshow.

3D printing and additive manufacturing company, Stratasys Ltd., teamed up with Aurora Flight Sciences to deliver the lightweight aircraft that can reach speeds of more than 150 miles per hour.

“This is a perfect demonstration of the unique capabilities that additive manufacturing can bring to aerospace,” Scott Sevcik, Aerospace & Defense senior business development manager at Stratasys, said “This meant using different 3D printing materials and technologies together on one aircraft to maximize the benefits of additive manufacturing and 3D print both lightweight and capable structural components.” 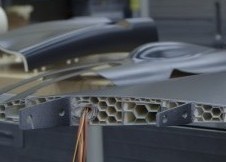 A cross-section of the wing shows the hollow sections. PHOTO: Stratasys

The completed demonstration aircraft has a wingspan of three metres, yet weights only 15 kilograms. 80 per cent of the drone was manufactured using 3D printing technology, which allowed it to be built in half the time of traditional UAVs.

Sevcik said using 3D printing allows manufacturers to build an enclosed, hollow structure. In turn, this process permits large, but less dense objects to be produced. He added the project demonstrates “one of the foremost overall goals” of aerospace manufacturers—the reduction of weight.

Watch how the drone was designed and built: