GM's latest offer to end the monthlong strike included wage increases and lump-sum payments, health insurance, promises of new products for many U.S. factories and a path to full-time work for temporary workers 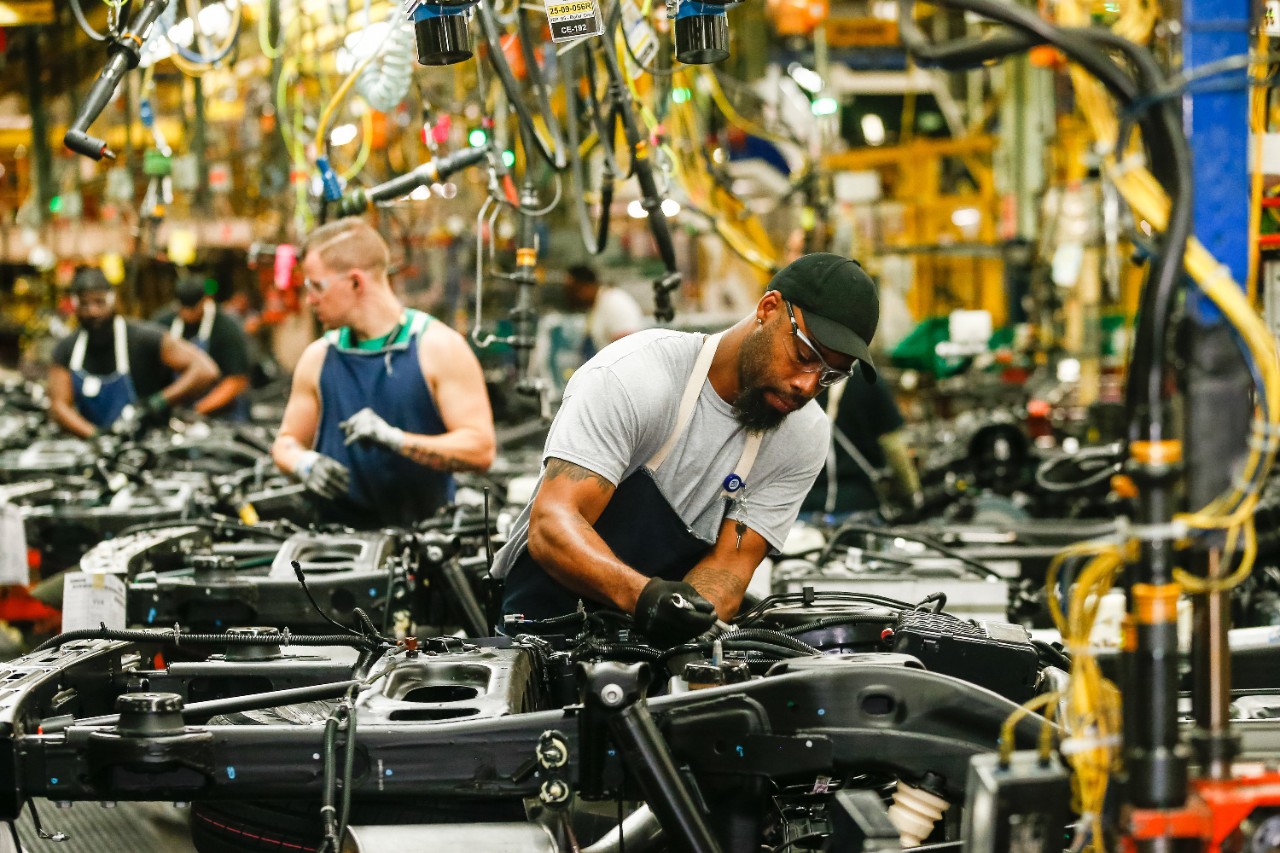 DETROIT — On the picket lines at a General Motors transmission plant in Toledo, Ohio, passing cars honked and striking workers celebrated a tentative contract deal by munching on 10 pizzas dropped off by a supporter.

They had carried signs for 31 days and demonstrated the muscle the United Auto Workers union still has over Detroit’s three manufacturers.

Details of the four-year pact weren’t released, but GM’s latest offer to end the monthlong strike included wage increases and lump-sum payments, top-notch health insurance at little cost to workers, promises of new products for many U.S. factories and a path to full-time work for temporary workers.

That’s a big difference from what GM wanted going into the talks: to slash total labour costs at its factories, which are about US$13 per hour higher than at foreign automakers in the U.S.

Terry Dittes, the UAW’s chief bargainer with GM, said the deal offers “major gains” for 49,000 union workers who have been walking picket lines since Sept. 16. They’ll stay off work for at least a couple more days while union committees decide if they will bless the deal. Then workers will have to vote on it.

The deal shows that the union, with less than one-third of the 1.5 million members it had at its peak in 1979, still has a lot of clout with GM, Ford and Fiat Chrysler.

“I think economically the UAW will do just fine in this agreement,” said Art Schwartz, a former GM negotiator who now is a labour consultant in Michigan. “The union certainly still has power in this industry.”

The strike immediately brought GM’s US factories to a halt, and within a week, started to hamper production in Mexico and Canada. Analysts at KeyBanc investment services estimated the stoppage cut GM vehicle production by 250,000 to 300,000 vehicles. That’s too much for the company to make up with overtime or increased assembly line speeds. Analysts say the costs to GM will hit around $2 billion.

Workers, on the other hand, lost north of $3,000 each on average, the difference between their base wages and $250 per week in strike pay from the union.

“It’s nice to see there’s a deal, but without knowing the details I’m a little skeptical because we don’t know the highlights or the lowlights,” said worker Nick Kuhlman, who was among the strikers huddled around a burn barrel on a blustery, gray Toledo afternoon.

“I just hope it gets done,” said Toledo worker Mark Nichols, who thought the strike would last only a week or two and was ready to get back to work because his savings are running low.

GM apparently was able to close three of four factories that it wanted to shutter to get rid of excess capacity in slow-selling cars and components. The Detroit-Hamtramck plant will get a new electric pickup truck and stay open, but factories in Lordstown, Ohio; Warren, Michigan; and near Baltimore are to be closed. The Lordstown area will get an electric vehicle battery factory, but it won’t have nearly as many workers as the assembly plant that for years made compact GM cars.

The deal now will be used as a template for talks with GM’s crosstown rivals, Ford and Fiat Chrysler. Normally the major provisions carry over to the other two companies and cover about 140,000 auto workers nationwide. It wasn’t clear which company the union would bargain with next, or whether there would be another strike.

Schwartz said depending on the contents, the GM contract could influence wages and benefits in other industries. But he said foreign automakers with US factories, mainly in the South, will give modest pay raises regardless of the GM contract, and shouldn’t be affected much.

Clarence Trinity, a worker at GM’s engine and transmission plant in the Detroit suburb of Romulus, Michigan, said the deal sounds good, “but I have to see it in writing or hear from the leaders.”

If all of the committees bless the deal, it’s likely to take several days for GM to get its factories restarted.

Matt Himes, a worker at the GM plant in Spring Hill, Tennessee, heard news of the deal in Ohio, where he’s trying to help his wife sell their house after the Lordstown GM plant where he used to work was shuttered.

He hopes good news keeps coming. If they can sell their house, his wife can finally move south with him.

“I’m proud that we stuck our ground and everybody stuck together,” Himes said of the union workers during a phone interview. “And I’m relieved that hopefully it worked out, got us a good contract and we can move on and get back to work making cars like we should be.”

Wall Street investors liked news that the strike could end. GM shares jumped 2.6% just after the news broke, but eased back to close up 1% at $36.65.

GM and the union have been negotiating at a time of troubling uncertainty for the US auto industry. Driven up by the longest economic expansion in American history, auto sales appear to have peaked and are now heading in the other direction. GM and other carmakers are also struggling to make the transition to electric and autonomous vehicles.

Meanwhile, President Donald Trump’s trade war with China and his tariffs on imported steel and aluminum have raised costs for auto companies. A revamped North American free trade deal is stalled in Congress, raising doubts about the future of America’s trade in autos and auto parts with Canada and Mexico, which last year came to $257 billion.

Amid that uncertainty, GM workers have wanted to lock in as much as they can before things get ugly. They argue that they had given up pay raises and made other concessions to keep GM afloat during its 2009 trip through bankruptcy protection. Now that GM has been nursed back to health – earning $2.42 billion in its latest quarter – they wanted a bigger share.

The union’s bargainers have voted to recommend the deal to the UAW International Executive Board, which will vote on the agreement. Union leaders from factories nationwide will travel to Detroit for a vote on Thursday. The earliest workers could return would be after that.

In past years, it’s taken a minimum of three or four days and as long as several weeks for the national ratification vote.

This time around – with a federal corruption investigation that has implicated the past two UAW presidents and brought convictions of five union officials – many union members don’t trust the leadership. But they’re also tired of striking and may return before they vote on the deal themselves.

The strike had shut down 33 GM manufacturing plants in nine states across the US, and also took down factories in Canada and Mexico. It was the first national strike by the union since a two-day walkout in 2007, and the longest since a 54-day strike in Flint, Mich., in 1998 that also halted most of GM’s production.