With Brexit, Britain is in crisis and not for the first time

Brexit is bleak, but the island nation has dealt with its share of political and economic upheaval since the end of World War II 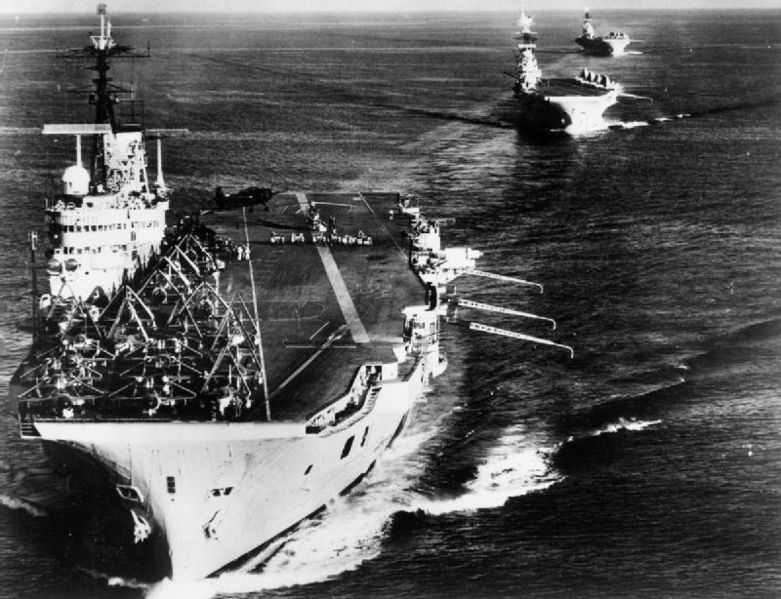 LONDON—Few would argue that Britain is in what is often referred to as a bit of a pickle. A crisis in fact, undoubtedly of historic proportions.

With the country mired in confusion and recrimination over how to leave the European Union, many of Britain’s centuries-old institutions have clogged up, struggling to meet the challenges of Brexit.

Anthony Seldon, the historian and the vice chancellor of the University of Buckingham, calls it the “biggest political and constitutional crisis” to afflict the country in 300 years—since the Glorious Revolution of 1688 when King James II was replaced by the joint monarchy of King William III and Queen Mary II.

A look at some of the other crises that have beset Britain since the end of World War II:

Before Brexit, arguably the biggest crisis of British diplomacy and its standing in the world occurred in 1956 in the Suez Canal, which connects the Mediterranean Sea and the Red Sea. When Egypt’s leader, Gamal Abdel Nasser, nationalized the canal, Britain, in secret, along with France and Israel, joined forces to take control of it.

Worried about a potential Soviet intervention, U.S. President Dwight Eisenhower warned the coalition to withdraw. They duly did. Within months, it had spelled the end of Anthony Eden’s premiership in Britain. More importantly, it crystallized the moment when Britain realized that its great power status had come to an end.

Eden’s successor, Harold Macmillan, wasn’t the type to get entangled in imperial misadventures. He hastened Britain’s decolonization and focused on Europe. However, his premiership was cut short when his Secretary of State for War John Profumo was implicated in a sex-and-spy scandal with showgirl Christine Keeler, who was also having a liaison with a Russian naval attache at the same time.

The scandal, which came at the height of the Cold War, shattered the reputation of Macmillan’s government and the prime minister quit in 1963. A year later, the Conservative Party lost power for the first time in 13 years.

After surprisingly winning the 1970 election, Conservative Prime Minister Edward Heath sought to tackle the government’s increasing reliance on trade unions. However, his premiership was soon overwhelmed by mounting sectarian violence in Northern Ireland that included the “Bloody Sunday” killing of 13 people at a civil rights march in Londonderry in January 1972.

His premiership was cut short two years later when the powerful coal miners went on an overtime ban that wreaked havoc.

In December 1973, following the Yom Kippur War between Israel and Arab nations that saw the OPEC oil cartel quadruple oil prices, Heath declared a state of emergency as the country couldn’t meet its energy needs. Heath imposed a three-day working week and speed restrictions. Professional soccer on Sunday, banned in the country for decades, also became a feature for the first time because there wasn’t enough energy to power all the floodlights required on the traditional schedule on Saturdays.

Amid all the chaos, Heath called an early election for February 1974, and asked “Who governs Britain?”

Too many said “obviously not you” and Labour returned to power.

The unions continued to shake the political landscape throughout the 1970s. After Britain was bailed out by the International Monetary Fund in 1976, the Labour government sought to work with the unions on getting Britain’s economy back to health.

After years of pay restraint, they snapped and there was massive industrial unrest during the winter of 1978-1979—a period commonly referred to as the Winter of Discontent. The dead lay unburied and the garbage piled up. Britain was, according to many commentators at the time, becoming ungovernable. That was particularly true in Northern Ireland, where the violence continued and spilled over onto the British mainland.

In many ways, the late 1970s has echoes with today’s Brexit crisis. The government of then-prime minister, James Callaghan, just like Theresa May’s now, was a minority one and faced knife-edge votes to get things done. Eventually, Callaghan lost a vote of confidence and Margaret Thatcher’s Conservatives won the ensuing election.

Thatcher became the longest-serving British prime minister of the 20th century, lasting until 1990. But it wasn’t pre-ordained that she would be. By 1982, her government was in trouble. The strict monetarist economic medicine she used to bring down inflation had led to interest rates rocketing and unemployment spiking to the previously unimagined 3 million-mark. In 1981, riots erupted across Britain.

In 1982, salvation came from the unlikely source of Argentina. The country’s military junta invaded the Falkland Islands in the South Atlantic, a relic of the British Empire. After a little more than two months of conflict, the British prevailed. Thatcher had triumphed and subsequently won two sizeable election victories.

Britain had in 1973 joined what was then called the European Economic Community. By 1992, it had joined the Exchange Rate Mechanism, whereby the pound floated within narrow ranges against other European currencies such as the German Deutsche Mark. It was the precursor to the euro but the experience ended in humiliation for Britain when hedge funds, including the Hungarian billionaire George Soros, betted against the pound—and won.

Sept. 16, 1992 became known as “Black Wednesday”—a day that the British government was humiliated by currency speculators. Though the pound’s exit from the ERM heralded a period of strong growth for the British economy, the government of Prime Minister John Major had lost much of its authority and then became increasingly divided over Europe. Tony Blair led the Labour Party back into government for the first time in 18 years.

All went smoothly for Blair—at first. The British economy was in the midst of an unprecedented period of economic growth and peace had finally been achieved in Northern Ireland through 1998’s Good Friday Agreement.

But Blair’s agenda was overwhelmed by the Sept. 11, 2001 attacks in the U.S. Blair became a close ally of President George W. Bush, and his decision to participate in the war in Iraq alienated many—not least because no weapons of mass destruction were ever found. Blair’s reputation has never fully recovered.

Blair’s successor, post 2007, was Gordon Brown, his long-time Treasury chief. His time at the helm was marked by the global financial crisis, the greatest peacetime shock to afflict the global economy, since the depression of the 1930s.

Following the collapse of U.S. investment bank Lehman Brothers in September 2008, the financial crisis went global. Banks around the world, including big U.K. names such as Lloyds and Royal Bank of Scotland, had to be bailed out by the taxpayer. Britain endured its deepest recession since World War II. Though Brown won plaudits for his handling of the crisis, he lost the 2010 general election.

Five years later, Prime Minister David Cameron promised to honour one aspect of his Conservative Party’s manifesto—a commitment to hold a referendum on Britain’s 40-plus-year membership of the EU.

In June 2016, Britain voted for Brexit, and Cameron’s successor May has been swamped by the fallout of that decision, in particular how it affects the seamless border between Northern Ireland and Ireland—a mainstay of the Good Friday Agreement that brought peace.

It is arguably the greatest of all Britain’s postwar crises.

And no one knows when it will end.