Down to the wire: strike looms as GM, auto union talks approach deadline

Deadline for negotiations set for midnight Sept. 19; Unifor head Jerry Dias says "a strike should be no surprise"

September 17, 2016  by Canadian Manufacturing.com Staff, with files from The Canadian Press 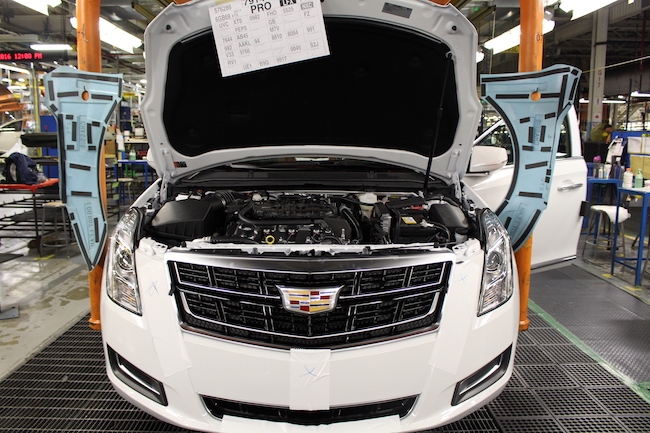 With programs set to expire at the Oshawa Assembly, Unifor is demanding new investment while GM brass says it will not commit to new programs until after contract is signed. PHOTO: GM

TORONTO—Negotiations between General Motors and Unifor, the union representing most Canadian autoworkers, are quickly approaching the end of the line.

The high-stakes talks continued through the weekend, and though the union’s national president, Jerry Dias, said he is optimistic the two sides can hammer out a deal, he added that a strike should be no surprise.

If a bargain is not struck by 11:59 p.m. Sept. 19, Unifor says workers at GM plants in Oshawa, St. Catharines and Woodstock Ont. will set up picket lines. Late last month, workers at GM, Ford and Fiat Chrysler plants in Ontario handed the union a strike mandate in preparation for the hardline talks. Strike deadlines have been occasionally postponed in previous negotiations with the Detroit Three, however.

“We will continue to work around the clock and are optimistic that a deal can be reached before the deadline, however investment and product must part of any agreement,” Dias said in a statement Friday.

“We have been clear since day one that the future of auto is our priority,” he added.

Earlier this month, Unifor chose GM as the target of its pattern bargaining strategy ahead of other major automakers Ford and Fiat Chrysler, which are also working to secure new contracts with employees at facilities across Ontario.

GM and Unifor officially commenced talks at the end of August, each saying they were hopeful about the outcome, but their positions were immediately at odds.

With current vehicle programs set to expire at the Oshawa assembly plant, Unifor has said securing new investment and car programs at the site—and others in Ontario—is its top priority. GM, meanwhile, said it will not make any future program decisions until after the talks. How closely each side will cling to these earlier claims will be determined Monday as talks enter their final 12 hours.

Even before talks began, union leaders said the negotiators could prove to be the most important in a generation. Auto sales have been booming over the previous two years, but fears about “peak auto” and disruptive electric and autonomous vehicle technology is fueling uncertainty in the industry.

Over the weekend a representative from GM said the company “remains focused on working with Unifor” to reach a deal that both are happy with.