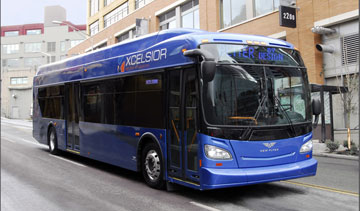 The new order extends a 550-bus contract that included an option for the additional Xcelsior vehicles, which run on compressed natural gas.

The contract is valued at US$180 million, and the company, through its U.S. subsidiary, expects to deliver the new heavy-duty 40-foot transit buses in the fourth quarter of 2016.

The Winnipeg-headquarted company noted LA Metro’s transit fleet includes more than 2,000 heavy-duty buses, nearly 95 per cent of which have been built by New Flyer or its subsidiary, North American Bus Industries.