Having tripled its sales over the past eight years, tool maker is adding floor space, investing in new equipment as it works to keep up with demand 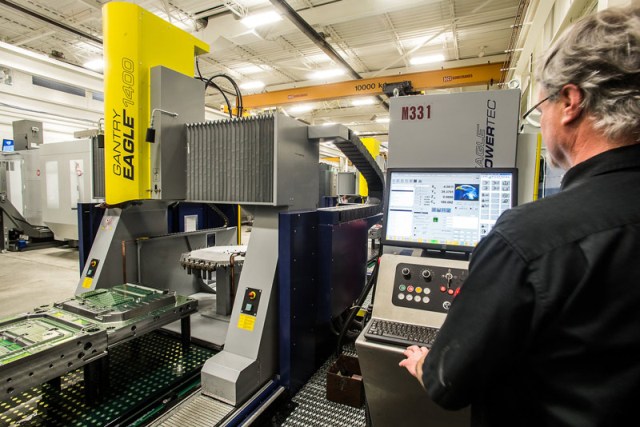 The plant floor at Cavalier Tool’s Windsor, Ont. shop. The company is adding 14,000 square-feet of floor space to the facility as part of a $6 million expansion. PHOTO: Cavalier

WINDSOR, Ont.—Cavalier Tool & Manufacturing Ltd.’s 50,000 square-foot shop a stone’s throw from the Windsor, Ont. airport is bursting at the seams.

After weathering the 2008 downturn, the company, which makes both automotive and non-automotive industry molds, has concentrated on streamlining its manufacturing processes while pouring money back into the business. Purchasing new equipment to take on increasingly complex work and boosting capacity to expand into new markets, the tool maker increased its sales from $11 million in 2009 to $39 million last year.

With business booming, Cavalier has grown too large for its own walls.

“We’ve simply run out of floor space,” the company’s president, Brian Bendig, said. “We have all these ideas and it’s working—the volumes have gone up so high that now, we’ve got nowhere to go.”

To continue scaling up, Cavalier is preparing to launch a major expansion project worth more than $6 million. The tool maker has drawn up plans to add 14,000 square-feet to the plant floor, install new cranes and invest in some big-ticket machinery to ensure it continues to fuel its own growth.

At a time when many Canadian manufacturers are thinking about cutting back—a recent Conference Board of Canada report noted that manufacturers are putting their future growth at risk by planning to cut capital spending by 10.9 per cent this year—Cavalier is doubling down on a strategy that has delivered demonstrable returns over the past eight years.

After more tripling its sales in less than a decade without any bricks and mortar expansion, the project will give the company some “much-needed breathing room,” according to Cavalier’s sales manager, Tim Galbraith.

Among the other upgrades, Galbraith said the Windsor tool maker has put a customized Millutensil spotting press, worth in excess of $1 million, on order. The new heavy-duty piece of equipment will join another Millutensil press on the plant floor this December. 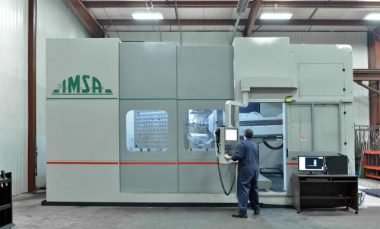 “We bought the first two-shot rotary spotting press in Canada from Millutensil in 2014. Impressed by the quality, we have formed a relationship with them, and when we needed a customized spotting press to be manufactured to the stringent quality standards that Cavalier directs, our focus was with Millutensil,” Galbraith said.

A fan of Italian machinery, the company also operates a pair of I.M.S.A. gun drills.

And as it works to build its business within North America and beyond, the company is intent on taking on more complex work for more demanding clients.

“Timelines are always getting reduced, so the tool shops that can produce a high-end, accurate product 20-, 30-, 40 per cent faster are in a very strong demand,” Bendig said. “[Customers] may pay that shop more money to build the tool, but… they save a fortune on the back end.”

It’s this fast-to-market work that Bendig says has contributed most to Cavalier’s recent success. While the company maintains its core product line, it draws in a number of troubled or unique projects that often require a quicker turnaround than most tool makers are equipped to handle.

Part-to-print work—which require tool shops to take responsibility for the finished parts as opposed to just the tool—is another emerging segment of the tool market where Cavalier is carving out a niche.

“It’s something that not everyone can do—so you’ve got 100 mold makers in the room and only five of them do that kind of work,” Galbraith said. 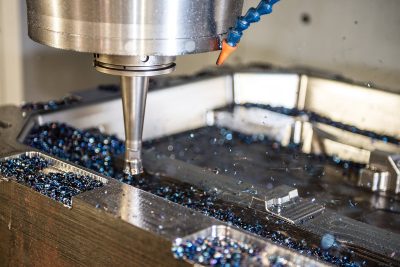 While some of the competition has begun producing tools in China, Cavalier has reversed the trend. The Windsor company currently has some of its tools running in the Asian country. PHOTO: Cavalier

Cavalier is also looking to establish itself as a global presence, expanding to new countries in its traditional automotive, agricultural and consumer goods industries, as well as to new markets such as the medical device industry. The company currently sends 85 per cent of its tools to clients in the U.S. or Mexico, but it has also established some important footholds elsewhere, including in China.

“While some of our competition are buying tools from China and bringing them here, we currently have tools running in China,” Bendig said.

With some North American parts programs relocating to China and bringing their tools with them, Bendig said it is difficult to tell just how many of Cavalier’s tool have found their way to the Asian country, but he added that the company has won work in China against local competition—no easy task in the competitive tooling market.

Back at home, Cavalier is focused on ensuring it has the right people to build the tools that keep it competitive abroad—one of the factors that has kept the 40-year-old business in Windsor through boom and bust.

“A big part of our business is people,” Bendig said. “You need to be geographically in an area that has the talent.”

“Windsor has a large concentration of talent,” he added.

Pointing to the skilled workforce under his own roof, as well as to nearby welders, tryout shop and texture shops, Bendig said it’s difficult to imagine relocating to places such as Mexico or the southern U.S.

Anticipating increased sales ahead of its expansion, Cavalier has already added 20 jobs in Windsor. By the time it finishes adding more floor space and upgrading machinery, the tool maker expects to create another 20, bringing staff levels at the plant to nearly 150.

Cavalier plans to break ground on the expansion project within the next couple of weeks.

This article appears in the Industrial Edge Showcase, presenting stories of Canadian manufacturers using technology and innovation to boost their competitive edge.