Trump has declared his intention to impose sweeping tariffs on steel and aluminum, but it's unclear whether Canada will be targeted. Almost 90 per cent of Canadian steel exports went to the U.S. in 2017 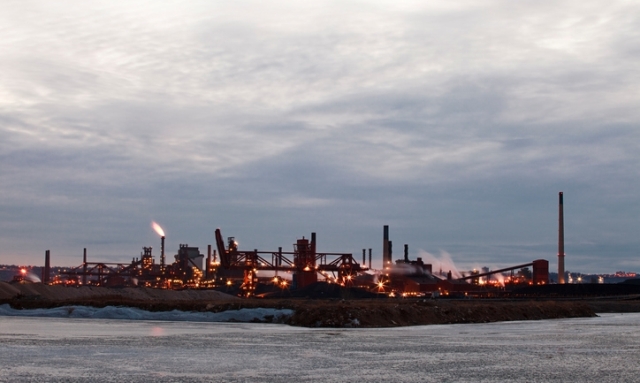 Canada ships a prodigious amount of steel into the U.S. each year. The industry in Hamilton, Ont. and elsewhere is holding its breath ahead of the decision. PHOTO: Getty Images/ByMPhotos

WASHINGTON—U.S. President Donald Trump has declared his intention to impose sweeping tariffs on steel and aluminum, with potentially wide-ranging implications for the global economy, the international trading system and cross-border commerce.

“We’ll be signing it next week,” Trump told a gathering of industry leaders. “And you’ll have protection for a long time.”

One major unknown lingers: Whether Canada is on the list. While the tariffs are primarily billed as targeting China, the numbers Trump cited sound ominously similar to what had been billed as the worst-case scenario for Canada: his administration had said it was contemplating a massive global tariff on a few countries that sell dumped steel, or something around 24 per cent for the entire world.

Canada is the No. 1 supplier of both steel and aluminum to the U.S.

Trump technically has until next month to make a decision. But he was eager to impose the broadest possible tariffs, and itching to make an announcement. News reports claimed the administration was scrambling behind the scenes, trying to get the details finalized, with some officials urging him to put off a decision.

The Pentagon has published a letter urging him not to target allies. During consultations, witness after witness urged the government to make a special exception for Canada. The well-connected United Steelworkers union has members in both countries—it’s even led by a Canadian, Leo Gerard, who is urging the administration to leave his home and native land alone.

“To put Canada in the same boat as Mexico, or China, or India, or South Korea … doesn’t make sense,” Gerard said in an interview.

“Canada should just be excluded—period. We have an integrated economy. And if it gets undone, America will pay a heavy price…. In every opportunity I’ve had I’ve tried to point out to the key decision-makers that Canada is not the problem when it comes to international trade—and to do something that would sideswipe Canada would disadvantage (the U.S.).”

Canada exported about $9.3 billion of aluminum to the U.S. last year, and $5.5 billion of steel. For the U.S., Canadian steel represented an important share of imports, at just over 15 per cent of overall imports. For Canada, the U.S. meant almost everything in its export picture—almost 90 per cent of Canadian steel exports went south.

Several trade experts have warned that such loose use of a national-security exemption invites others to do the same, and could lead to a domino effect of reprisals. Mexico and Europe are already threatening counter-tariffs.

In a piece for Forbes, trade analyst Dan Ikenson warned of what could be at stake.

“Where exactly (this) leads is anyone’s guess, but it is certain to be a place less stable, less predictable, and less co-operative than the place we are right now,” said Ikenson, of the pro-trade libertarian Cato Institute.

“The more modest the restrictions, the less the collateral damage. But the bottom line is that once Trump opens a Pandora’s box by rationalizing protectionism as a national security imperative, the durability of the rules based trading system will be tested like never before, with global economic security hanging in the balance.”