What now for Calgary, Canada and Olympic Games after 2026 rejection?

In the non-binding plebiscite, just under 40 per cent of eligible voters cast a ballot, and 56 per cent cast a dissenting one 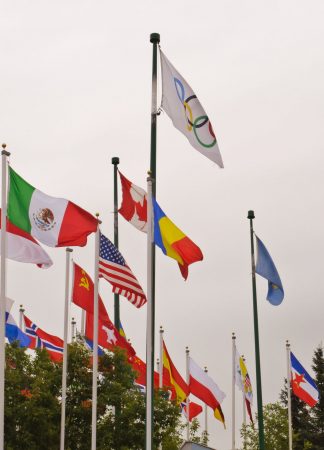 PHOTO: Calgary, along with the 2010 Winter Games in Vancouver and Whistler, B.C., made Canada a player in the international sport community/InSapphoWeTrust via Wikimedia Commons

Calgary will redefine its reputation as a winter sport powerhouse in the aftermath of a vote rejecting a bid for the 2026 Olympic and Paralympic Games.

In a city where recreational and international athletes ski, board and skate in the legacy venues from the 1988 Winter Olympics, the results of a plebiscite indicate that distinction doesn’t warrant bidding for another games.

In the non-binding plebiscite, just under 40 per cent of eligible voters cast a ballot, and 56 per cent cast a dissenting one.

A Calgary city council that was nervous and divided over bidding is expected to scuttle it Monday.

Calgary, along with the 2010 Winter Games in Vancouver and Whistler, B.C., made Canada a player in the international sport community.

If a city synonymous with a successful games legacy doesn’t want to host them again, what Canadian city ever will?

“Sport in a positive sense really brings a country together,” Canadian Olympic Committee president Tricia Smith said Wednesday. “I think it’s just a part of us, our humanity. So I suspect we will see another bid from Canada.”

Calgary’s mayor does not want to pursue a bid for 2030, which the United States intends to do with either Salt Lake City or Denver.

“There’s geopolitical reasons where it would probably be pretty unlikely Canada would successful in a bid for that particular games,” Mayor Naheed Nenshi explained.

“There’s a bunch of people who were basically saving up their powder for a 2030 bid, leaving 2026 relatively open.

“If Calgarians have spoken in this way for 2026, and we respect that decision, why would it be any different four years from now? It would take a lot to convince me that we’d want to put the community through this again for 2030.”

Yves Hamelin relocated from Quebec, where he was head of the national short-track speedskating team, to Calgary in 2014 to oversee the Olympic Oval. His son Charles is a three-time gold medallist in short-track.

A sport system that would have been shaped by a home games on the horizon now must adjust expectations and plans, he said.

“For a while, there’s definitely going to be an impact,” Hamelin said. “Will this remove our appetite to do what’s right, to support our community, support youth and the athletes that come out of this sport development? The motivation will always stay.

“We will always keep our eyes on making the sport system as best we can with what we have to do that. The games were just a tool, a leverage to really give an edge to our system. We’re going to have to be more creative I would say.”

Looking at Calgary through a sport lens, it is a city of facilities more than three decades old. McMahon Stadium is almost 60 years old.

While a new stadium and NHL arena weren’t part of the proposed draft plan, McMahon and the Saddledome were promised an overhaul.

The oval, the sliding track and slopes of WinSport and the Canmore Nordic Centre that produce Olympic and Paralympic medallists need to be maintained, said Own The Podium chief executive officer Anne Merklinger.

“We need to develop a Plan B,” she said. “These facilities are critical to our continued success in winter sport longer term.”

A $500-million renewal of Calgary’s ’88 legacies was one piece of a proposed bid.

The other was economic revitalization of a city that has a commercial vacancy rate of 25 per cent, in a province that desperately wants pipelines built to the coast to get a competitive price for its oil.

Calgary was one of many North American cities that made a pitch for Amazon’s second headquarters, but didn’t make the shortlist.

The proposed draft plan from the Calgary 2026 bid corporation asked Calgarians to put in $390 million and said $4.4 billion in economic impact would come back to the city if it won the games.

Kyle Shewfelt, an Olympic gold medallist in gymnastics at the 2004 Athens Games, is a business owner in Calgary operating his own gymnastics centre.

For him, sport ranked second behind the economy when it came to what he thought another Winter Games would do for the city.

“My question now is, if 56 per cent of Calgarians didn’t want this, what do they want?” he asked. “This was about a catalyst for our city to move forward.

“We’re in a place right now where we’re boom and bust because of oil and gas and that’s all we wait for. I want to diversify this economy. I want us to pursue a big challenge. I want to be a part of that.”

Board chair Scott Hutcheson, a commercial real estate entrepreneur, is concerned that those with the power to greenlight mega-projects won’t be able to stomach the social media berating.

“What biggest concern having gone through this process is how are we going to get big projects done in our community?” Hutcheson said.

“I empathize with politicians because they’re up against a different wave of negativity. Who is going to step up and lead these projects? And at what social risk?”

The International Olympic Committee is left with two of the three cities it invited to be candidates for 2026: Stockholm and Milan-Cortina d’Ampezzo, Italy.

The IOC, like Calgary 2026, did not convince the majority of voters.

“It comes as no surprise following the political discussions and uncertainties right up until the last few days,” the IOC said in a statement.

“It is disappointing that the arguments about the sporting, social and long-term benefits of hosting the Olympic Games did not sway the vote.”