The $40 billion warship project is the single largest military procurement in Canadian history but any legal challenge could scuttle those efforts, costing taxpayers millions 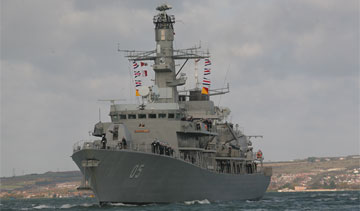 OTTAWA—The multibillion-dollar effort to replace the navy’s warship fleet is being buffeted by concerns about a potential conflict of interest involving the Halifax company that is leading the project.

Canada’s Irving Shipbuilding and British shipbuilder BAE Systems recently announced they have paired together to bid on a $5-billion maintenance and support contract for the navy’s new Arctic patrol vessels and resupply ships.

But BAE is also expected to enter its Type 26 frigate into a competition being run by Irving, in conjunction with the Defence Department, to select the warship design to replace the navy’s 12 frigates and three destroyers.

Irving will ultimately build the vessels.

Irving and the federal government say measures have been taken to ensure full transparency and fairness around the warship project, which previous estimates have pegged at as much as $40 billion.

The warship project “is being conducted in such a way that ensures that all bidders are treated equally, with no unfair advantage given to any individual bidder,” Irving spokesman Sean Lewis said in an email.

Part of that has involved Irving and BAE putting safeguards in place to avoid any conflict, Lewis said, including the creation of separate teams for the maintenance contract and warship design competitions.

“All members of both teams, as well as senior management at both Irving Shipbuilding and BAE, have been thoroughly briefed on these measures and the government of Canada has been made aware,” Lewis said.

Defence Minister Harjit Sajjan said Nov. 15 that the government has worked hard to make sure the process for selecting the next ship design is open, transparent and “done in a manner that is fair for all.”

Some of BAE’s competitors had already been grumbling about the Type 26 being allowed to compete given that the ship has never actually been constructed, as well as Irving’s role in selecting a design.

The announced partnership between BAE and Irving for the maintenance contract ratcheted those complaints higher.

Several industry representatives, speaking on the sidelines of an aerospace conference in Ottawa, worried Irving would give BAE and the Type 26 preferential treatment during the design competition because of their existing relationship.

“This is an outright conflict,” said one industry source, who like the others did not want to be identified because of a clause in the design competition restricting what companies can say publicly.

The warship project, known in defence circles as the Canadian Surface Combatant or CSC, is the single largest military procurement in Canadian history.

It forms the backbone of the federal government’s national shipbuilding strategy, which includes new Arctic patrol vessels and resupply ships for the navy and a variety of Canadian Coast Guard vessels.

Previous estimates have put the budget for CSC at between $26 billion and $40 billion for 15 ships.

But the Liberal government has since said it will not discuss cost or how many ships it plans to buy until more information is available.

Defence officials have said they are trying to shave off the amount of time it will take to get the warships in the water, to both save time and ensure the navy has what it needs to operate.

The first CSC is expected to be ready in 2026, though officials would like to cut that back to 2024.

Any legal challenge to the process could scuttle those efforts, costing taxpayers millions of dollars and leaving the navy short of ships.

The British government announced earlier this month that construction on the first of eight Type 26s would begin next summer after years of delays.