VW sputters to US$1.83B loss in Q3 on diesel recall charge, claims sales will hold up

Analysts question how much damage emissions rigging scandal has had on brand's reputation, say true financial impact could be yet to come 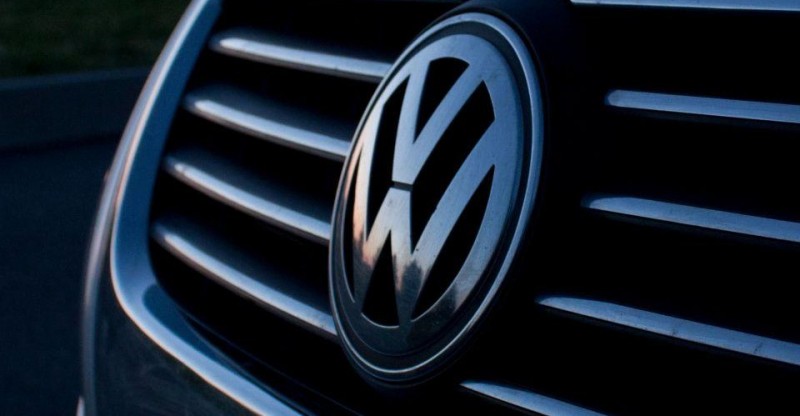 Volkswagen maintains sales will remain resilient, while analysts question how much impact the scandal will have on consumers. PHOTO: David Kerwood, via Wikimedia Commons

FRANKFURT—Volkswagen lost 1.67 billion euros, or US$1.83 billion in the third quarter as it set aside 6.7 billion euros to pay for recalling and fixing cars that were rigged to evade U.S. diesel emissions tests.

While the German carmaker warned Wednesday that operating profit this year would be “down significantly,” it indicated that sales would prove resilient.

The company stuck to its prediction that unit sales would be on a level with last year’s record 10.14 million. Ordinary shares in Volkswagen AG rose 1.8 per cent to 124.00 euros in afternoon trading in Europe.

Volkswagen, based in Wolfsburg, Germany, had already announced the set-asides for the recalls, so market analysts expected the quarterly loss, the company’s first in over a decade. The result was in fact not as bad as analysts’ expectations for a loss of 2.11 billion euros, as compiled by financial data provider FactSet. Sales revenue rose 5.3 per cent to 51.5 billion euros.

Chief Financial Officer Frank Witter said the company had “solid and robust” cash resources to meet the financial impact of the emissions scandal. The cash reserves have been buttressed by 3 billion euros from the sale of shares in Suzuki. The cost “is enormous but manageable,” he said.

Analysts say the impact will likely be several times larger than the set-asides, including fines, recall and repair costs, and possible lost sales due to damage to the company’s reputation.

The scandal became known on Sept. 18, near the end of the quarter, so any impact on quarterly sales was slight.

Analyst Max Warburton at Sanford C. Bernstein said company officials provided disappointingly scanty information about the size of the financial damage but added that the quarter results “happen to be pretty good.”

“We continue to believe VW’s long-run earnings power will not be significantly impacted by the diesel crisis – management said on the call that order intake and pricing have not been affected so far,” he wrote in an emailed research note. “Our best guess is VW is now undervalued.”

The U.S. Environmental Protection Agency says Volkswagen installed software on 482,000 cars from model years 2009-2015 that disabled diesel engine emission controls when the vehicles were not being tested. Up to 11 million cars worldwide have the deceptive software.

The scandal spoiled what would otherwise have been a profitable quarter, with 3.2 billion euros in earnings excluding interest, taxes and the scandal set-asides. The scandal has cost Volkswagen the position as the biggest automaker in the world by sales, which Toyota has regained.

“The figures show the core strength of the Volkswagen Group on the one hand, while on the other the initial impact of the current situation is becoming clear,” said CEO Matthias Mueller. “We will do everything in our power to win back the trust we have lost.”

Mueller said the company needed to place less emphasis on raw sales numbers and become more open and leaner to help prevent any repeat of the scandal.

He said the company would rework its Strategy 2018, which set as a goal passing Toyota as the world’s largest automaker. “It’s not about selling 100,000 more or less than a big competitor,” he said. The goal was achieved for several months this year but then lost due to the scandal.

Mueller said some of the goals from the earlier plan – profitability and customer satisfaction – were more important than ever. He said the company would come up with a Strategy 2025 by the middle of next year.

At the Tokyo auto show, Herbert Diess, head of the namesake Volkswagen brand, apologized for the emissions-cheating scandal and said VW will delay the launch of a diesel vehicle in Japan.

The head of VW’s Japan division Sven Stein bowed for several seconds in a Japanese style of apology. Diess did not bow.

“On behalf of my entire company, I’d like to apologize,” said Diess, a recent hire from BMW, stressing that the priority is to fix the problem, uncover what happened and make sure the scandal never happens again.