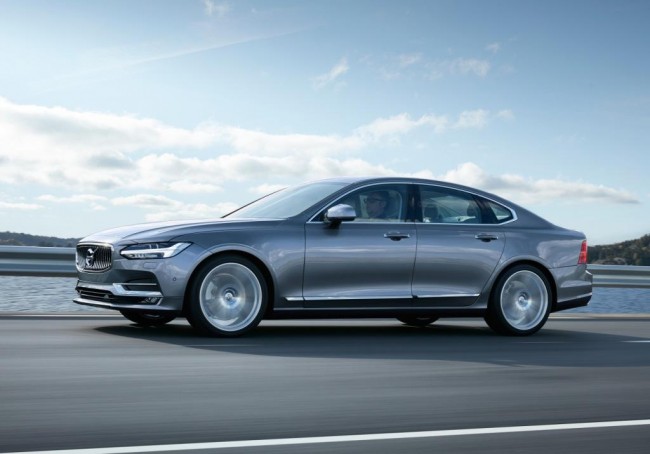 GOTHENBURG, Sweden—Volvo is looking to stake its claim on the premium sedan market with its new S90.

Equipped with a host of new technologies, the Swedish car maker says its foray into a segment dominated by several major German brands should “shake up” the market for executive class sedans.

“With the launch of the XC90 we made a clear statement of intent. We are now clearly and firmly in the game. With $11 USD billion of investment over the past five years we have not only reimagined what Volvo Cars can be – we are now delivering on our promise of a resurgent and relevant Volvo Cars brand,” Håkan Samuelsson, Volvo Car Group’s president and CEO, said.

The S90 is equipped with a clean, powerful T8 Twin Engine plug-in hybrid powertrain and what Volvo called “one of the most luxuriously appointed interiors and connected infotainment systems in the large sedan segment.” A semi-autonomous drive feature known as Pilot Assist, which gives “gentle” steering inputs to keep the car within lane markings while traveling up to 130 kilometres per hour, also comes standard.

“Our idea was to bring something entirely new to this rather conservative segment and deliver a visual expression that exudes leadership and confidence on the exterior. On the inside we have taken the S90 to the next level, delivering a high-end luxury experience that promises comfort and control,” Thomas Ingenlath, senior vice-president of design at Volvo, said.

The S90 is slated to be publicly unveiled at the North American International Auto Show in Detroit, which runs Jan. 11 to 24.