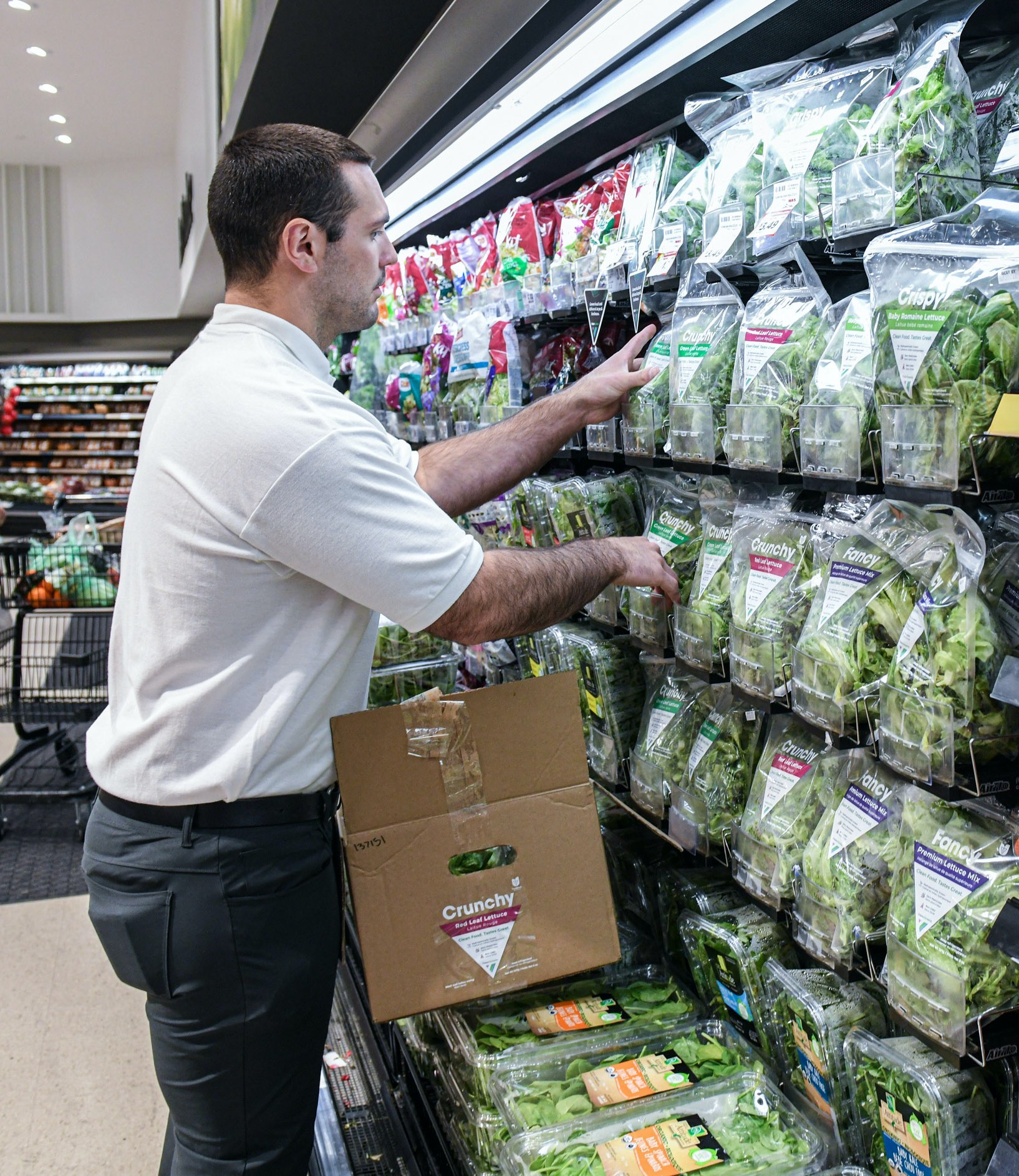 Mitch Lyons, a Vision Greens employee, restocks produce at Metro in Mississauga with freshly harvested, leafy greens from the the Welland, Ontario-based vertical farm that announced today, the expansion of its operations to grow 700k pounds of leafy greens a year, after raising $7M. The funding enables the startup to increase distribution of its lettuces, basil and arugula to leading grocers and meal kit companies including Metro, Pusateri’s and Goodfood. (CNW Group/Vision Greens)

Vision Green’s says it has received investments from business groups, including members of the Canadian grocery segment who desire to help change Canada’s food supply system.

“Vision Greens has an edge in this emerging space because it has the technology and the methodology to scale quickly and provide millions of Canadians with an affordable, and sustainable way to eat,” said Grant Froese, Vision Greens board member, grocery industry veteran and former COO, Loblaw Companies Limited in a statement.

With the investment, Vision Greens will expand its operations to grow 700,000 lbs of saleable produce annually and scale distribution to grocers and meal kit companies that currently include Metro, Pusateri’s, and Goodfood.

The company is focused on disrupting Canada’s multi-billion dollar lettuce import market by producing lettuce domestically. It says the investment has brought them closer to achieving this stated goal.

“Each year, Canada imports 559 million pounds or about $2.2 billion worth of lettuce from thousands of miles away. This funding is already helping us deliver on our mission to help fix Canada’s broken food system and replace imported produce with clean food that’s better tasting. Now we can meet increased demand from leading grocers and are on track to capture double digit market share over the next few years,” said Lenny Louis, CEO, Vision Greens, former Tesla country director and Microsoft veteran in a statement.

According to the industry knowledge, Lettuce is among the top 10 fresh vegetables consumed by Canadians with most coming from Mexico and California. Furthermore, the average lettuce sold in Canada may travel up to 3,000 km and can take weeks to reach the end consumer.

Vision Green’s attests that its Foodland Ontario certified produce is grown, harvested and packaged at its Welland, Ont. farm and travels less than 200 km or or 92 per cent less food kilometres than imported lettuce to get from farm to table. The company grows its produce 365-days a year.