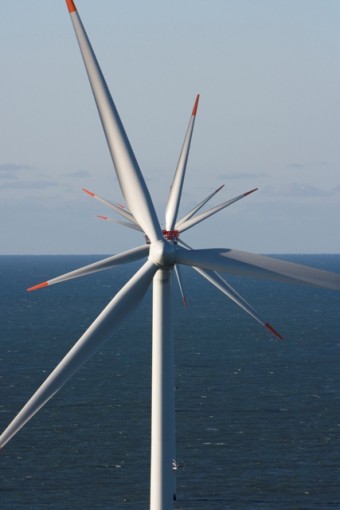 The new wind farm off the coast of Norway is one of two recently-announced projects larger than 1 GW, the other being a 1.2 GW Dong Energy project off the U.K. PHOTO: Dong Energy

HELSINKI—Danish company Vestas Wind Systems A/S says it has been awarded a 1.1 billion euro (US$1.2 billion) deal to supply 278 wind turbines for Norwegian power company Statkraft and its partners for a wind power project in central Norway.

Vestas said Tuesday that the turbines will have a combined capacity of over 1,000 megawatts and will be built on six wind farms on land around the Trondheim fjord. Statkraft described it as Europe’s largest wind power project on land to date—though several others offshore are under development that would rival or surpass its size, including a 1.2 gigawatt project off the U.K. coast.

The six Norwegian sites are estimated to generate 3.4 terawatt hours of power annually once completed and commissioned in 2020.

Statkraft said the coastal area surrounding the Trondheim fjord provides “some of the best conditions for renewable energy production from wind in Europe.”

The contract is Vestas’ largest order to date.