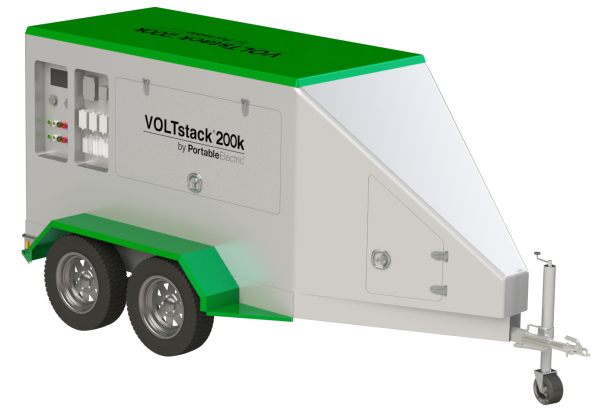 Portable Electric’s VOLTstack 200k will deliver up to 200kW of power, with a 250kW surge, from a massive 400kWh of battery storage – all on a highly mobile platform that’s suitable for the film industry.

The industry will be able to use battery electricity for EV charging; all forms of trailers and power for extensive lighting; cranes and cameras as a result of the 200k’s completely silent operation, high power output and battery capacity, said Mark Rabin, founder and CEO of Portable Electric.

Portable Electric’s 2k, 5k and 20k models have been used by some of the world’s largest film productions and sold to production companies, such as NBC Universal and Warner Bros., as well as rental companies like Cinelease and Sim International.