The agreement delivered wage increases, increase to the health care spending account as well as the creation of a Racial Justice Advocate position. 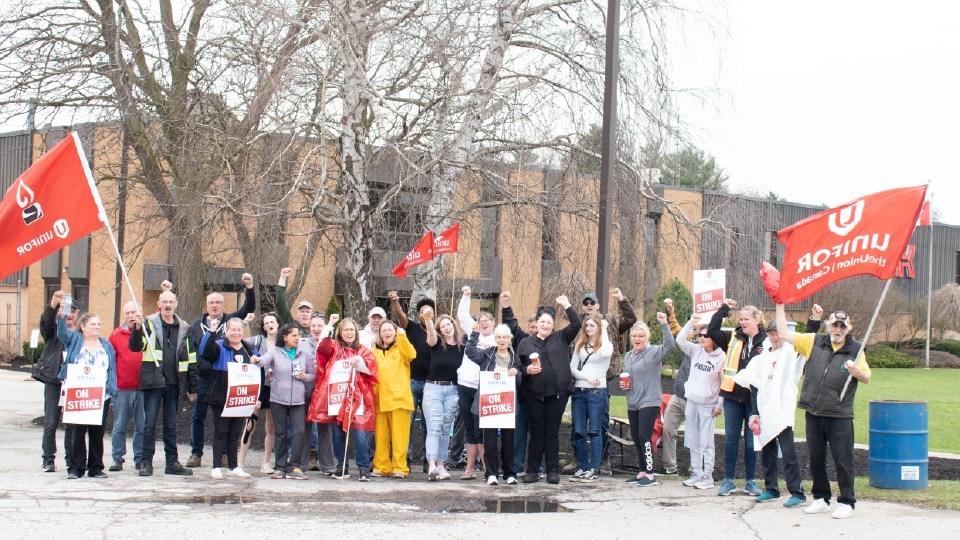 “Thanks to the strength and solidarity of our union members, the community and support from across the province, Unifor Local 1859 members fought for and won a fair contract,” said Naureen Rizvi, Unifor Ontario Regional Director. “I would like to congratulate our members on a successful ratification and thank the union’s bargaining team for their hard work and determination throughout the negotiations.”

Negotiations between the union and the company continued throughout the labour dispute. Unifor Local 1859 members ratified the new agreement in a vote held on Apr. 26 after a reaching a settlement with the company. The agreement delivered wage increases, increase to the health care spending account as well as the creation of a Racial Justice Advocate position. Union members will receive a wage increase of 4.5% upon ratification and an additional 2% in years two and three of the agreement.

“This dispute shows the importance of workers taking action and demanding the respect they deserve,” said Lorraine Sinclair, Unifor Local 1859 President. “We are grateful for the support and solidarity we received from everyone in the community and across the province throughout this dispute.”

The three-day dispute was the first in the Tillsonburg facility’s 40-year history.