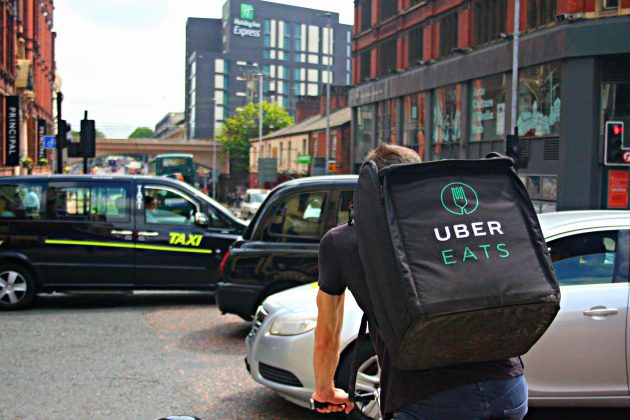 TORONTO – When Uber chose Toronto for the global debut of its Eats service in December 2015, Faye Pang recalls the tech giant had just 10 employees taking up a small space in the ride-hailing company’s office.

As the delivery service progressed from its initial offering of a handful of local lunch specials to a vast array of dishes around the globe, the growing headcount forced it to hold meetings in movie theatres and eventually move out of Uber’s headquarters into its own office in Scotiabank Plaza in the city’s financial district.

According to some of the most influential members of the now 150-strong Uber Eats Canada team, that growth has no end in sight.

“Delivery in general is really underpenetrated in Canada, relative to other countries globally,” said Pang, Uber Eats Canada’s head of restaurant operations, in an interview. “As big as we think Uber Eats is today, there is still a lot of room to grow.”

It’s not just stats like those Uber Eats has to contend with on its path to growth. Hostile city councils, fee-averse mom-and-pop restaurants, far-flung suburban markets and fierce competition from rivals including Foodora and SkipTheDishes present formidable obstacles, even for a high-profile brand such as Uber.

And Uber Eats has still yet to push into potentially lucrative food offerings beyond restaurants, such as meal kits, restaurant supplies, catering and groceries.

Despite a sprinkling of job postings for roles in its new Toronto grocery team, there’s been no launch yet and the brand has said little about what that service might look like.

It has revealed a few hints in job postings. The team will build “a brand new product offering, which will fundamentally evolve how people purchase their groceries” and chief executive officer Dara Khosrowshahi has said that it would be “magical” to deliver food in 30 minutes or less and that grocery is an “adjacency.”

The head of Uber Eats Canada, Dan Park, said it’s too early to say if it is looking for a grocery chain to partner with or plans to source and sell its own food.

“Like on-demand prepared food, grocery is a huge business and there is huge potential there,” he said. “We envision Uber Eats being a platform where you can get everything and anything you want at a touch of a button, when it comes to eating.”

He admitted his team has looked at the potential for subscription services for customers repeatedly making Uber Eats orders, but wouldn’t share more around the possibility of such an offering coming to the platform.

For now, Park, Pang and Uber Eats Canada sales manager Kristy Bates are content with focusing on how to get more restaurants and customers on the platform and to get existing partners to use it even more.

Bates said the biggest difficulty is educating restaurants about how the service works and convincing them that the 30 per cent fee is worth it when many are already being squeezed by minimum wage increases, lower margins and higher food costs. Some have complained they can’t use the platform and still be profitable.

To ease their concerns, Uber Eats points to statistics about incremental sales from the 10,000 restaurants that have engaged the service.

Uber is already seeing restaurants use the data in innovative ways that go beyond figuring out what menu items are most popular.

“There was a restaurant in North America that was getting some feedback on their risotto from our restaurant management tool (that shares data with restaurants) and realized that the declining ratings were because the chef had changed the arborio rice that they were using without letting the owner now,” said Pang.

“In Canada, we had a virtual restaurant on the platform, French Takos, that actually ended up switching to brick-and-mortar because it was so much more successful.”

On the consumer side, Park said there are still suburban markets to serve and customers who haven’t downloaded the app.

Plus, Uber Eats in Canada is dealing with a market that is still “relatively new” to food delivery.

“In most people’s minds, delivery is something that people do on a Friday night when they don’t want to cook,” he said.

But Park said the company is seeing more orders for breakfast, lunch or dinner or late night snacks, as well as deliveries to hockey arenas, parks, birthday parties and schools.

“I think there is room to grow everywhere,” he said. “This business is only three years old and we are just starting out.”