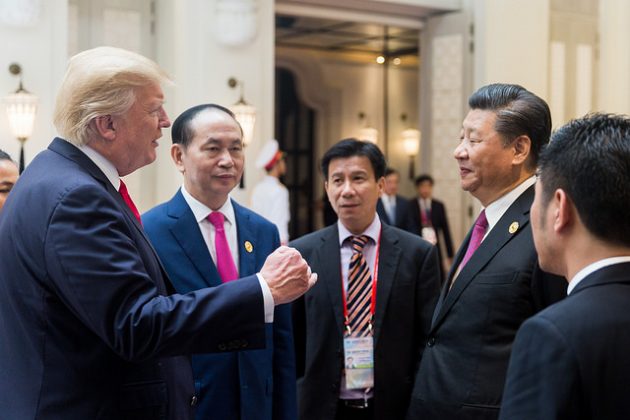 WEST PALM BEACH, Fla.—The U.S. will host a delegation from China led by Vice Premier Liu He early next month, following a trip by U.S. officials to China in an effort to improve trade relations, the White House said Saturday.

The trade dispute began last year after the U.S. made several complaints, including that China was stealing U.S. trade secrets and was forcing companies to give them technology to access its market. Trump imposed tariffs on US$250 billion of Chinese imports, about half what the United States buys from that country. China retaliated with tariffs on about US$110 billion of U.S. items.

China’s commerce ministry had previously said Lighthizer and Mnuchin would be in China on Thursday and Friday for the eighth round of trade negotiations.

The scheduled talks suggest the two sides believe they can make at least some progress. Trump said Thursday at the White House that, “Talks with China are going very well.”

Administration officials say they speak with their Chinese counterparts on a nearly daily basis. Business lobbyists say that a key sticking point is what type of enforcement mechanism will be included in the agreement. The Trump administration, they say, wants to have the option to impose tariffs on Chinese goods if China doesn’t abide by the terms of the pact. The U.S. also wants China to promise not to retaliate against those tariffs.