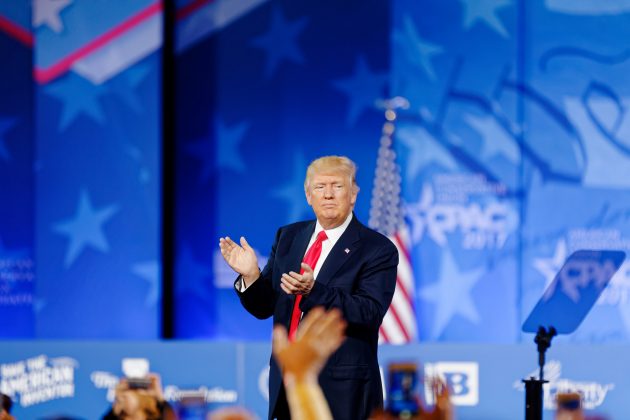 The Shanghai Composite index jumped 5.5 per cent to its highest level since last summer after Trump said “substantial progress” was made in weekend talks between the two countries regarding their dispute over China’s technology policies.

Trump said, “I will be delaying the U.S. increase in tariffs now scheduled for March 1.” He also said that if negotiations progress, he will meet with Chinese President Xi Jinping at his Florida resort to finalize an agreement.

The vice-president of the U.S.-China Business Council, Jake Parker, said Trump’s decision was a “positive signal.”

“The announcement … that the tariffs will not be increased seems to indicate that there’s enough forward momentum, that they believe they don’t need to raise tariffs now,” Parker said.

Many of the issues under discussion are so complex they cannot be resolved in the 90-day time that Trump and Xi agreed to in early December, he said, “so by finding a way where the two sides can come to some kind of agreement and then put these more challenging issues into a longer-term negotiating framework, should have a very positive impact on the overall relationship.”

Trump had warned he would escalate the tariffs he has imposed on $200 billion in Chinese imports, from 10 to 25 per cent, if the two sides failed to reach a deal. The increase was scheduled to take effect at 12:01 a.m. EST on March 2.

The world’s two biggest economies have been locked in a conflict over U.S. allegations that China steals technology and forces foreign companies to hand over trade secrets in an aggressive push to challenge American technological dominance.

The trade war has been rattling financial markets and news of a reprieve on another increase in U.S. tariffs sent shares moderately higher across Asia. But shares already had risen in recent weeks, anticipating that Trump would postpone the tariff hike.

The U.S. is still imposing extra tariffs on billions of dollars’ worth of Chinese products, slowing trade, raising costs for manufacturers and prompting changes in supply chains.

Speaking to governors gathered at the White House for an annual black-tie ball Sunday, Trump said he was doing “very well” with China.

“If all works well we’re going to have some very big news over the next week or two,” he said, though he took care to add that “we still have a little ways to go.”

Chinese negotiators said the talks made progress on technology transfer, protection of intellectual property rights and non-tariff barriers, according to the official Xinhua News Agency. It cautioned there are “still some differences that need more time to be ironed out.”

On Twitter, Trump said the two sides had made headway on issues including protection of trade secrets, forced technology transfer and U.S. agricultural sales to China. But the administration did not immediately provide details.

“Trump clearly wants a deal and so do the Chinese, which certainly raises the probability that the two sides will come to some sort of negotiated agreement, even if it is a partial one, in the coming weeks,” said Cornell University economist Eswar Prasad, former head of the International Monetary Fund’s China division.

Business groups and lawmakers in Congress want to see a comprehensive deal that forces the Chinese to change their behaviour and that can be enforced. The U.S. has accused China of failing to meet past commitments to reform its economic policies.

In China, some are viewing the latest flare-up in trade tensions with a dose of skepticism.

“We won’t really fight, right? A trade war, by its nature, is nothing more than a war of words, isn’t it?” said Geng Yanhua, an Internet company worker. “Playing up the tariffs issue only won’t really hurt us. It will be fine as long as no one wages a war,” Geng said.