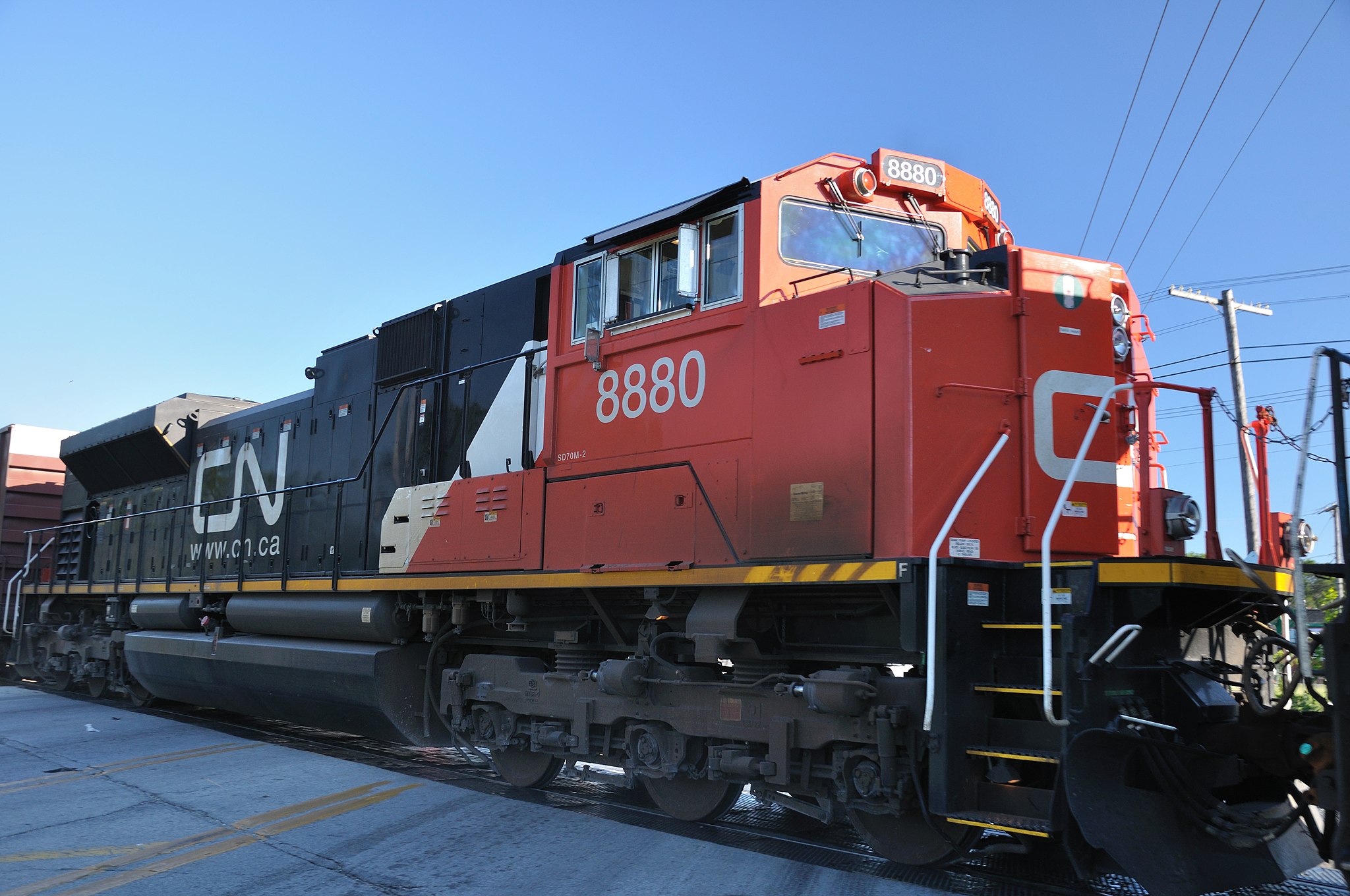 PHOTO: vxla from Chicago, US [CC BY 2.0 (https://creativecommons.org/licenses/by/2.0)], via Wikimedia Commons

“Our volumes are much weaker than expected. This is not a CN phenomenon, this is an industry phenomenon,” Ghislain Houle told a CIBC investor conference in Montreal Wednesday.

Unemployment in North America remains near record lows, Houle noted. “However I would say that most, if not everybody, would agree that we’re at the end of an expansion cycle.”

The increasingly rocky relations between China and the U.S. have seen the White House levy tariffs on hundreds of billions of dollars’ worth of Chinese products, with Beijing targeting more than 5,000 American goods in retaliation.

“People think that if these tariffs remain that now companies will start pushing those tariffs to the consumer and that could impact consumption,” Houle said.

He also pointed to a sharp drop in U.S. manufacturing output.

“At this point we’re not assuming a recession, but God knows,” Houle said.

Revenue tonne miles, a key industry metric, were “flattish, maybe negative one per cent,” for the quarter ending Sept. 30 compared with the same period last year, Houle said. The expectation was six per cent growth, according to analyst Walter Spracklin of Dominion Securities Inc.

A delayed grain crop is causing further headaches for rail companies as well as elevator operators and farmers following a dry spring and wet summer.

Grain carloads at the two major Canadian railways are down 11 per cent so far in the quarter compared to the same period last year.

John Brooks, head of marketing at Canadian Pacific Railway Ltd. – a company for which agricultural revenues make up nearly one-third of annual revenues – told the conference that harvests are up to 30 per cent below the average for this time of year but that he remains “bullish” on pushing the product to market over the next 12 months.

The federal Agriculture Department forecasts the Canadian grain crop will exceed 86.7 million tonnes in 2019-20, nudging up one per cent from last year.

“The crop size is big… and you’ve got a fair carry-in from the last crop year,” Brooks said, framing the harvest crunch as a “timing issue… All this does is increase the pressure and condense the peak season.”

The late harvest won’t help CN Rail over the balance of the year but the railway will likely be shipping grain into July rather than stopping in May, as it typically does, said Houle.

Crop quality is another hurdle.

“It’s going to be a challenging year from a quality perspective,” Sobkowich said.

Even if the bulk of the high-volume harvest is salvageable, much of it may wind up in barn troughs and pig pens as feed grain – lower-grade grain that sells for less.

“Our biggest concern is to try and get this crop off the field. We really need the weather to co-operate and it hasn’t been,” he said. “We really empathize with farmers right now. We know their huge amounts of stress.”