On two tracks: WSP is a pure-play engineering design firm, while SNC operates in construction as well as engineering 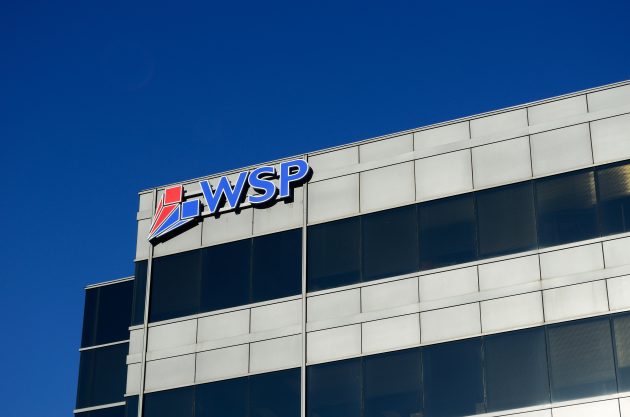 MONTREAL – Quebec’s two largest engineering firms find themselves in very different places in early 2019, as one fights to retain a toehold in a crucial Middle Eastern market while the other grows by leaps and bounds.

SNC-Lavalin Group Inc. saw its stock tumble more than 27 per cent on Monday after it said that ongoing diplomatic tensions between Canada and Saudi Arabia were hurting its business, on top of problems with a mining project and an arbitration loss in Australia.

WSP Global Inc., on the other hand, unveiled a sunny strategic plan Wednesday that forecasts double-digit revenue growth through 2021, when it expects to rake in up to $9 billion. The forecast boosted WSP’s share price five per cent to $67.51 when markets closed.

Its market capitalization is now bigger than that of its rival, whose offices sit down the street on Montreal’s Rene Levesque Boulevard. As of Wednesday, WSP sported a value of about $7.05 billion versus SNC’s $6.54 billion on the Toronto Stock Exchange.

While both companies have seen their reputations tainted by corruption, particularly in Quebec, SNC has a bigger cloud over its head. Its shares fell in October after the company revealed the federal government won’t grant SNC an out-of-court settlement over foreign bribery allegations linked to the regime of former Libyan dictator Moammar Gadhafi.

In 2013, a government-mandated commission looking into corruption in the Quebec construction industry heard that both WSP _ then known as Genivar Inc. – and SNC-Lavalin were part of a bid-rigging scheme for awarding public contracts in Montreal in the 2000s.

Roughly 90 per cent of WSP’s revenues come from countries in the Organization for Economic Co-operation and Development. SNC, however, relies more on projects in countries where corruption can make deal-making more difficult, said Ian Lee, an associate professor at Carleton University’s business school.

While WSP is a pure-play engineering design firm, SNC operates in construction as well as engineering, which leaves it more vulnerable to the cost overruns and fixed-price contracts that can plague the world of builders, Lee said.

WSP also relies much less heavily on revenues from oil and gas projects.

“We have no aspirations to go after oil and gas businesses. That’s not what we’re after,” chief executive Alexandre L’Heureux said on a conference call with analysts Wednesday. “We will not venture into construction,” he added.

Construction-contract bidding can reap profits exponentially greater than design work, “but they need to make sure that they get it right,” said Karl Moore, an associate professor at McGill University’s business school.

The cost overruns SNC announced Monday for an undisclosed mining project drove it to a $1.24-billion writedown on its energy business, analysts noted.

In recent years, WSP has seized engineering contracts for projects including India’s Chenab Bridge _ on track to be the longest-running rail bridge in the world – the newly completed 67-storey, bullet-shaped China Resources tower in Shenzhen Bay and a high-speed rail link between Kuala Lumpur and Singapore, slated for completion in 2026.