Trump Kim go one-on-one: Who will know what was really said?

by Deb Riechmann And Foster Klug, The Associated Press  February 27, 2019

The U.S. president has a habit of holding closed-door meetings with world leaders 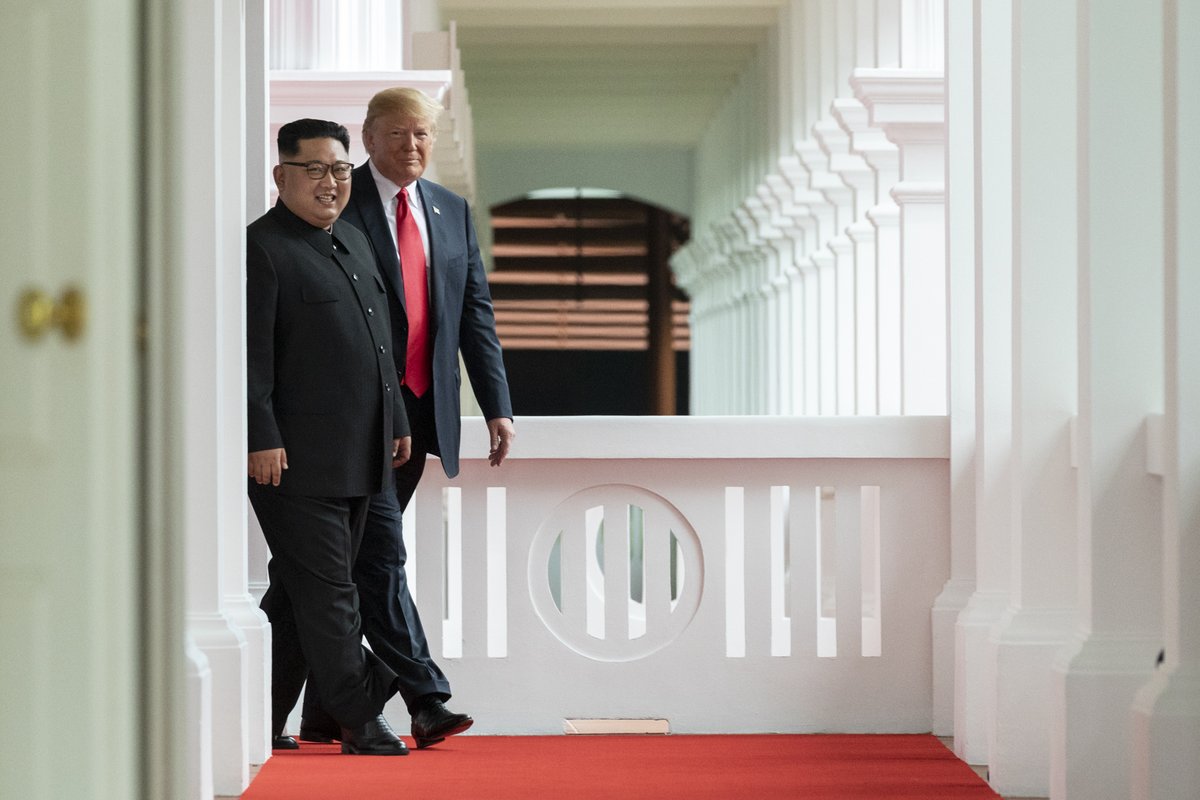 HANOI, Vietnam—Only four other ears on the planet heard what President Donald Trump and North Korean leader Kim Jong Un said to each other Wednesday during a one-on-one chat that began their second nuclear summit.

The two leaders’ interpreters were the only others privy to their conversation, raising concerns about why Trump would risk meeting Kim, who has threatened the U.S. with nuclear strikes and has a dismal human rights record, without staff to take notes.

Absent a detailed historical record and corroborating witnesses, the leaders could potentially leave a meeting and misrepresent what transpired, prompting a kind of he said-he said showdown of words.

More one-on-one talks between Trump and Kim are scheduled for Thursday, when the two leaders dig into the meat of their nuclear talks.

Trump has had private confabs with world leaders before that have raised red flags.

Early in his presidency, he met Russian President Vladimir Putin in Germany with only a Kremlin interpreter present. Last year, after Trump spent more than two hours talking with Putin in Helsinki, Finland, Democrats tried to subpoena Trump’s translator to testify in Congress about what was said.

Republicans blocked it. The White House has never provided information on what Putin and Trump talked about. Even Trump’s director of national intelligence, Dan Coats, said he didn’t know.

Some experts on past U.S.-North Korean diplomatic efforts worry the private sit-downs give Kim an opportunity to win concessions from Trump that working-level officials would have advised him not to offer.

Before the summit, Sen. Ed Markey, D-Mass., said he thought Kim requested the private meeting with hopes that he could “elicit concessions from President Trump that might not otherwise be possible if it was just our diplomats talking one on one.”

Others think there’s nothing wrong with the president’s penchant for one-on-one meetings with world leaders.

Davis pointed to President Richard Nixon’s many private confabs with Chinese leaders when he reopened relations with China in the 1970s.

Last year, at the Singapore summit, Trump caught U.S. ally South Korea off guard by announcing the suspension of major U.S. military exercises with the South. Trump critics said he squandered critical U.S. leverage before the North took any concrete steps toward denuclearization.

It was widely presumed that Trump made the decision during his private talks with Kim—his description of the war games as “very provocative” seemed to be in line with North Korea’s view of the drills as rehearsals for invasions. Both Washington and Seoul have insisted for years that the exercises were routine and defensive in nature.

Bong Young-shik, an analyst at Seoul’s Yonsei University, was less worried, saying that the criticism Trump faced in Singapore could make him less likely to make huge, impulsive decisions during his private meetings with Kim this time around.

“There’s always a certain level of risk in this kind of meeting, but it’s hard to say Trump will be dragged into a decision by Kim just because of what happened in Singapore,” Bong said.

Former President Barack Obama was known to occasionally hold impromptu chats with leaders on the sidelines of major global summits with only their interpreters at their sides.

At former President Ronald Reagan’s first meeting with then-Soviet leader Mikhail Gorbachev in Geneva, Switzerland, in November 1985, the two men met alone with only trusted interpreters. Only 15 minutes had been allotted for the discussion, but it went on for an hour.