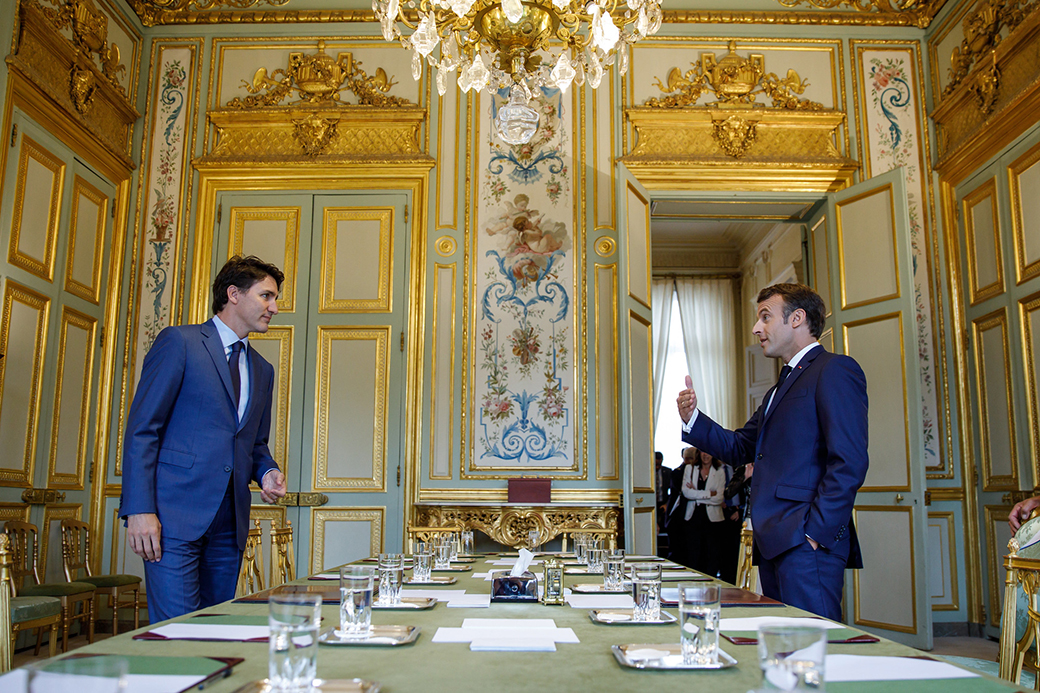 MONTREAL – Lawmakers in France begin their ratification of the comprehensive trade agreement between the European Union and Canada as Prime Minister Justin Trudeau welcomes the leaders of the 28-country bloc to Montreal today.

Trudeau has been pushing hard for a win on trade and foreign policy after two difficult years marked by a rough renegotiation of the North American Free Trade Agreement with the Trump administration and the deterioration of political and trade relations with China.

Trudeau will talk up the merits of the Comprehensive Economic and Trade Agreement, or CETA, with European Council President Donald Tusk and European Commission President Jean-Claude Juncker in a series of events in Montreal over the next two days.

But Wednesday’s legal development when the French National Assembly begins its consideration of France’s ratification bill is also a prime focus for Canada’s Liberal prime minister, who will be fighting a federal election this fall.

Sources in France and Canada, who were not authorized to speak publicly about the talks, say Trudeau lobbied French President Emmanuel Macron for more than a year to introduce the bill, and that those efforts finally paid off last month in Paris during their most recent face-to-face meeting.

Almost all of CETA – in excess of 90 per cent – went into force in September 2017 under what is known as provisional application, but individual ratifications by EU member countries will bring it fully into effect.

That would mean a win for the international trading order that has been under assault by U.S. President Donald Trump.

“It’s an essential step. We’re very pleased with our co-operation with the French government,” International Trade Minister Jim Carr said in an interview.

Carr will be meeting his EU counterpart Cecilia Malmstrom in Montreal. He said the French move towards ratification is a significant step in Canada’s broader goal of diversifying Canada’s export markets.

Trudeau was in Paris in early June after attending the 75th anniversary commemorations of D-Day in France and Britain, and he and Macron emerged with news that France would move forward with CETA’s ratification. The introduction of the bill in the National Assembly is a first step in a process that the French government hopes will lead to full ratification by the end of 2019.

Macron and Trudeau have talked about the agreement repeatedly – in Paris in April 2018, in a telephone conversation a year later, and other face-to-face meetings. Macron is a staunch Europhile and open supporter of CETA, but he has had to tread cautiously because of populist opposition to trade deals in France and across Europe.

Canada has lobbied French lawmakers, businesspeople and farmers, an effort that included more than two dozen visits to various regions of France by Isabelle Hudon, the Canadian ambassador.

Trudeau also made a direct appeal to French lawmakers in an April 2018 speech to the National Assembly, the first time a Canadian prime minister addressed that body.

“Let us ask ourselves this question: If France cannot ratify a free-trade agreement with Canada, what country can you imagine doing it with?” Trudeau asked.

CETA gives Canadian businesses preferred access to 500 million European consumers, and a $24 trillion market. In 2018, Canada’s exports to the EU increased by seven per cent to more than $44 billion.