More than 40 Republican lawmakers wrote U.S. President Donald Trump on Friday demanding the removal of anti-discrimination language in the agreement 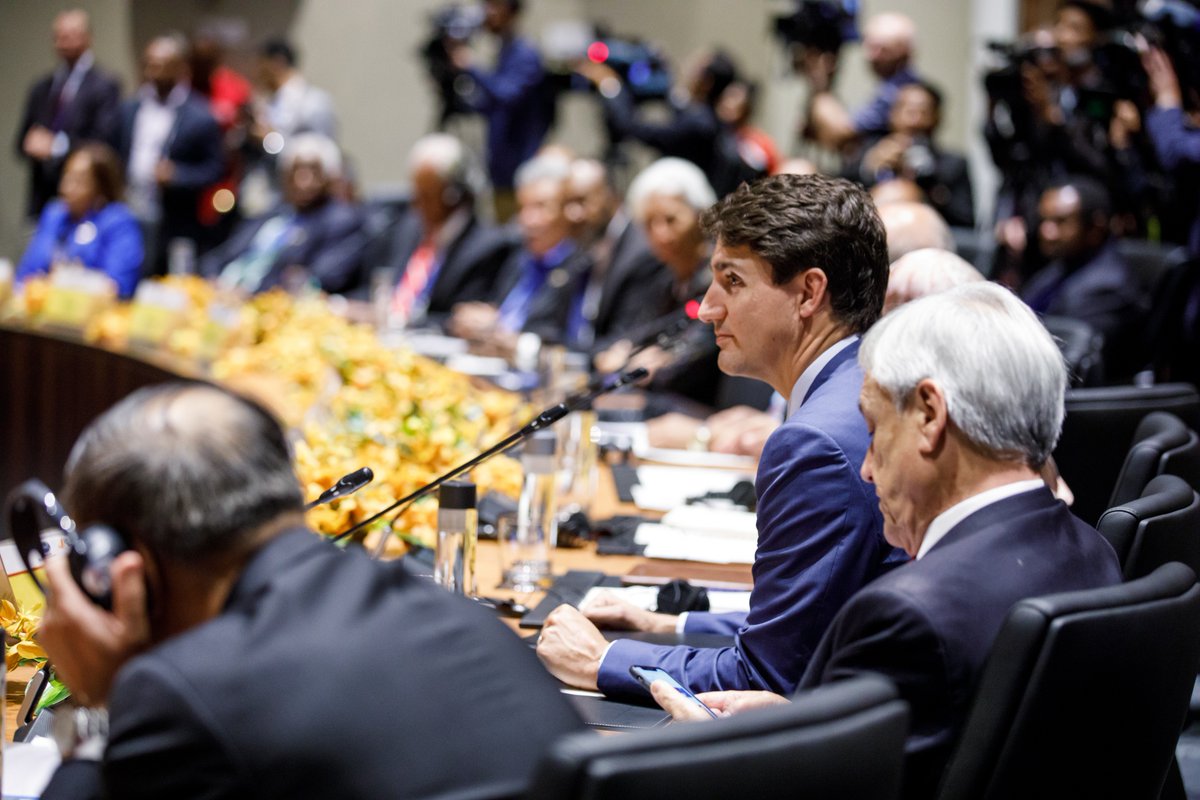 “We got to a good agreement that I think represents Canadian values, Canadian approach, but also values that are broadly shared amongst citizens of our three countries,” Trudeau said Sunday at the end of a summit of Asia-Pacific leaders. PHOTO: Justin Trudeau/Twitter

More than 40 Republican lawmakers wrote U.S. President Donald Trump on Friday demanding the removal of language in the agreement pledging all three countries to support “policies that protect workers against employment discrimination on the basis of sex, including with regard to pregnancy, sexual harassment, sexual orientation, gender identity.”

The legislators urged Trump not to sign the agreement unless the language was removed.

The three countries are expected to sign the deal, known as the United States-Mexico-Canada Agreement, or USMCA for short, at the G20 meeting in Argentina at the end of the month.

Trudeau says the deal Canada negotiated has some of the strongest labour and environmental provisions of any trade deal the country has signed.

He also says he is not going to negotiate in public when asked how far he would go to keep the provision in the agreement.

“We got to a good agreement that I think represents Canadian values, Canadian approach, but also values that are broadly shared amongst citizens of our three countries,” Trudeau said Sunday at the end of a summit of Asia-Pacific leaders.

“In any trade deal, there are going to be people who would like this or like that or not want this or not want that,” he said, adding that moving forward with a strong agreement is in the interest of all three countries.

In a letter to the White House flagged Friday by the U.S. website Politico, the coalition of 40 members of Congress said the United States “has the right to decide when, whether and how to tackle issues of civil rights, protected classes and workplace rights” as a sovereign nation.

“A trade agreement is no place for the adoption of social policy. It is especially inappropriate and insulting to our sovereignty to needlessly submit to social policies which the United States Congress has so far explicitly refused to accept,” reads the letter, released Friday.

Signatories to the letter include Iowa Republican Steve King, who made headlines in Canada last month when he tweeted his support for the controversial Toronto mayoral campaign of alt-right anti-immigration champion Faith Goldy.

Another signatory, Republican Doug Lamborn, has expressed concern congressional approval for USMCA could set a precedent “for activist courts” and he said in a statement Friday that Trump needed to remove the “troubling language … adopted behind the scenes.”

The deal must make its way through Congress, and the letter sent Friday to Trump suggests he could lose some Republican support for the agreement unless changes are made.

Trudeau said Sunday that every country will go through its own ratification process.

“Canada will, the United States will,” he said. “But we’re going to let the American officials and administration focus on their ratification process while we focus on ours.”

Related: Thousands march in Montreal in support of farmers, against USMCA concessions