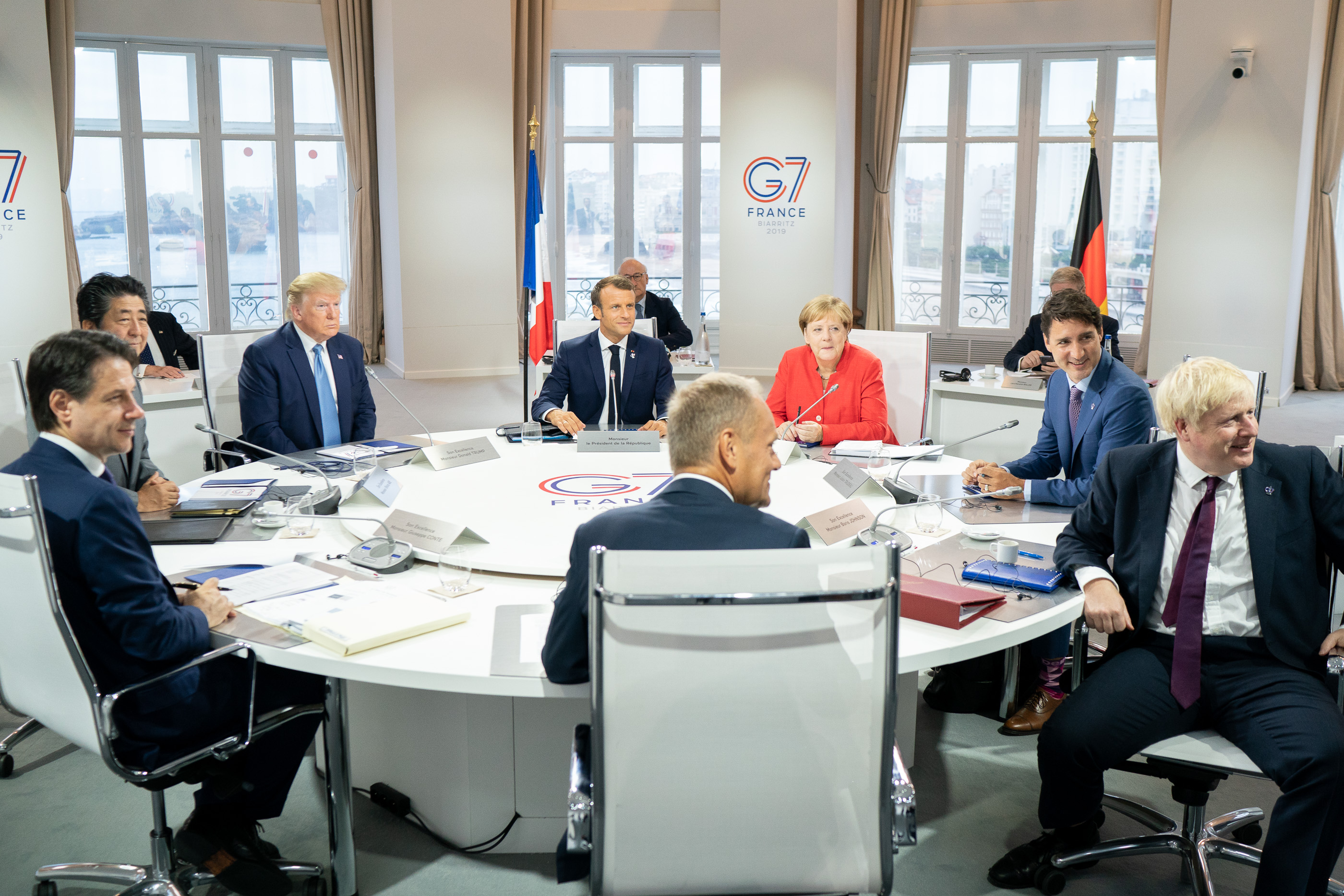 BIARRITZ, France – Prime Minister Justin Trudeau and the other G7 leaders are wrapping up their two-day summit today in Biarritz, France, where the meetings have been largely upstaged by U.S. trade tensions and a surprise visit by Iran’s top diplomat.

Trudeau began the day with a one-on-one meeting with French President Emmanuel Macron, who is hosting this year’s summit.

The two discussed a number of topics, including Macron’s attempts to broker a deal to save the 2015 Tehran nuclear accord and ease growing tensions between Iran and the West.

France’s invitation to Iranian Foreign Minister Mohammad Javad Zarif led to sidebar meetings with French, German and U.K. officials in Biarritz on Sunday – but also led to some tense discussions about Iran among the G7 leaders.

Trudeau and Macron also discussed climate issues ahead of a larger summit session on climate, oceans and biodiversity that included G7 leaders and the heads of other countries invited to participate as guests.

Climate action is among many issues Trudeau and Macron see eye-to-eye on – something that cannot be said of U.S. President Donald Trump, who was not present for the beginning of the climate session.

He told reporters ahead of those meetings the U.S. will soon begin serious negotiations with China – amid a mounting trade war between the countries.

Trump hiked tariffs on China last week after China taxed some U.S. imports in retaliation for a previous round of imports levied by Trump.

Meanwhile, Trudeau has used his one-on-one meetings with his G7 counterparts on the margins of the summit to promote trade and economic issues.

He has also joined Macron’s call for action on the fires that have been devastating Amazon rainforest and, it now appears, Canada is prepared to pitch in regardless of what other countries do.