Community leaders talked about public-private partnerships, entrepreneurship and access to money for innovation and startups 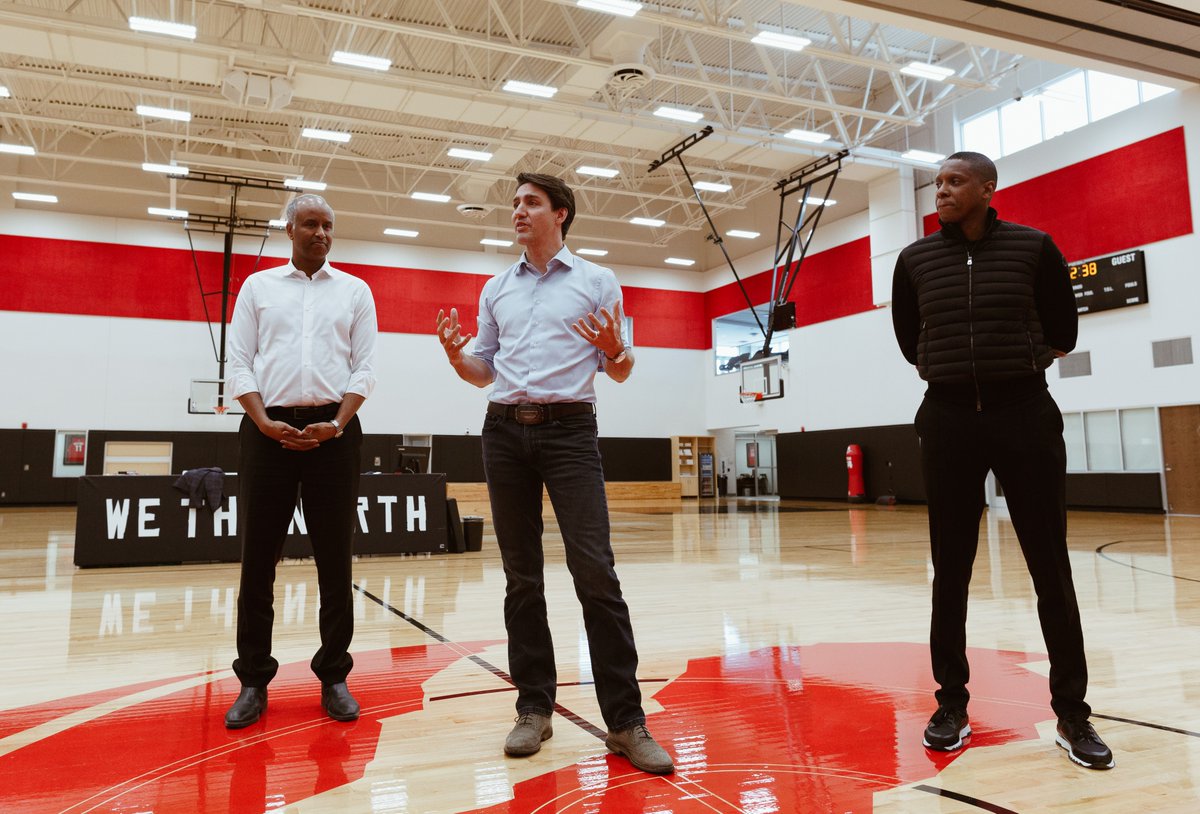 TORONTO—Expanding opportunities for Toronto’s youth was the focus of a meeting between prominent black business leaders and Prime Minister Justin Trudeau on Saturday.

“Most people expressed some of their concerns, some of their struggles and some of their successes,” said Toronto Raptors president Masai Ujiri, who helped host the event as well as a practice for youth with some members of the playoff-bound basketball team.

Ujiri said the discussions have to continue to create more opportunities for more youth by examining the needs in different communities rather than taking a generalized approach.

Joining in on the practice was Xavier Trudeau, the Liberal leader’s 11-year-old son, who did basketball drills inside the Raptors’ practice facility.

Ujiri told the 20 invited youth they can succeed in life even if they don’t become professional athletes.

“Somewhere, somehow one day you’re going to remember this day and it’s going to inspire you, not because of maybe the people that are here but maybe the moment that you have,” he said.

Trudeau applauded the efforts to break down barriers. He also noted a lot of thoughts were focused Saturday about the importance of teams, since the day marked the first anniversary of the Humboldt Broncos tragedy.

Sixteen people were killed and 13 were injured after the Saskatchewan hockey team’s bus collided with a semi driven by a novice trucker who had blown the stop sign at a rural intersection.

“We know that 16 people lost their lives and a community was devastated but it was also an opportunity to see how strong communities come together, how the town of Humboldt, as devastated as it was, was supported by 37 million Canadians right across the country who came together,” he said.

“Support is there through tragedies, but it’s also there for youth in communities around and across the country.”

“We heard some really good ideas in there and really good feedback on what more we can do,” he told reporters.

“They just want to make sure that our investments in the tech sector, in AI, in the incubation industry, some of the policies we have as a government to really push forward an innovation agenda includes everyone, including members of the black community.”

Asked whether that message can get through to voters heading into the fall election in light of the recent political turmoil prompted by the SNC-Lavalin affair, Hussen said that’s the Liberal party’s obligation.

“Canadians will have an opportunity to decide who’s best placed to grow our economy, create jobs, but also deal with existential issues like climate change,” he said before criticizing the Conservatives for their lack of climate plan and desire to return to policies of tax breaks for the rich.

“We’ve seen with the cuts in Ontario. That’s a preview of what’s going to happen federally if Andrew Scheer becomes prime minister. It’s a slash-and-burn approach. They’ll try to balance the budget on the backs of Canadians and what we need now is further investments to solidify the growth that we’ve seen in the last number of years.”