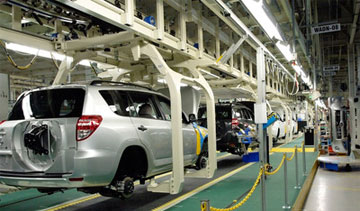 TOKYO—Toyota Motor Corp. says it sold 10.151 million vehicles in 2015, retaining its status as the world’s top-selling automaker for the fourth straight year.

The sales figure announced Wednesday compared with 2015 sales of 9.93 million vehicles for Volkswagen AG and 9.8 million for General Motors.

Volkswagen AG, which overtook Toyota in sales in the first half of the year, suffered in the second half from an emissions cheating scandal.

Auto sales in major markets such as the U.S. and Japan have slowed, while emerging markets that had sustained growth in recent years have weakened.