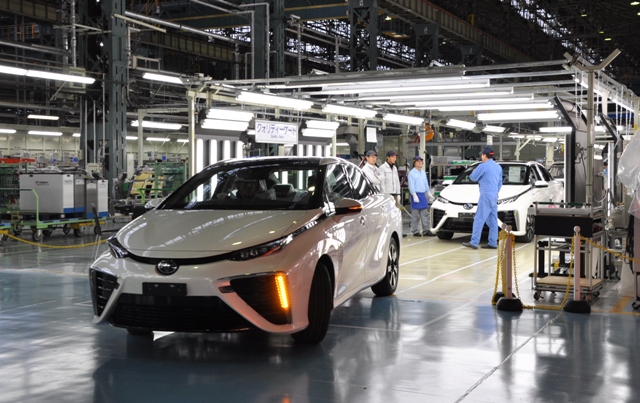 TOYOTA CITY, Japan—As countries around the world prepare to clamp down on traditional vehicles, Toyota Motor Corp. and Mazda Motor Corp. are joining forces on electrics.

Until recently, Japanese automakers—Toyota and rival Honda most prominently—have focused mainly on fuel cell and hybrid technology as opposed to battery electrics. But in a joint release Sept. 28, Toyota and Mazda said they view EVs as a “key technological field” alongside fuel cell vehicles.

The two companies, along with auto parts firm Denso Corp., said they have agreed to collaborate on a joint electric vehicle technology project, which will focus on optimizing EVs as well as individual electric components.

The project will employ about 40 engineers initially.

Despite the collaboration, Toyota and Mazda said the project will be limited to fundamental technology and that each company plans to incorporate its distinct brand into its EVs.