The deal will see the company become a distributor of Ballard-powered fuel cell products in Japan. 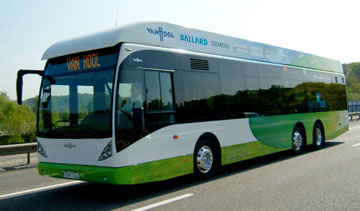 The deal will see the company become a distributor of Ballard-powered fuel cell products in Japan to the end of 2020.

“This agreement with Toyota Tsusho Corporation represents an exciting development for Ballard and important progress in the execution of our strategy in Japan,” says Randy MacEwen, Ballard’s president and CEO. “Toyota Tsusho is a large-scale player in Japan and around the globe, with interests in diverse areas and access to the tremendous network of Toyota Group Companies across a wide range of end-markets.”

Toyota Tsusho is part of the Toyota Group.

As the Toyota Group’s sole general trading company and one of the largest trading companies in Japan, Toyota Tsusho Corp. generated sales of about US$76.3 billion in 2015.

Ballard plans to deploy an ex-patriate sales person in Japan to work with TTC on the execution of a joint sales plan.