Valued at US$93 million at list prices, the deal brings the total size of Porter's Q400 fleet to 29 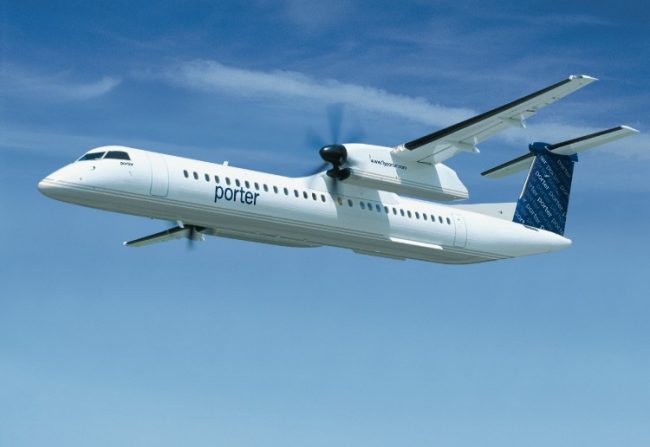 The new order will add three planes to Porter Airlines’ roster, bringing the total size of the airline’s fleet to 29. PHOTO: Bombardier

Valued at approximately US$93 million at list prices, the buy will allow Porter to continue building out its network.

“The Toronto-built Bombardier Q400 aircraft is everything you could ask for in a turboprop,” Robert Deluce, Porter’s president and CEO, said. “It is an important component of our award-winning customer experience. The combination of operating efficiency, speed, very low noise levels inside and out, and excellent passenger appeal are unbeatable.”

Exclusively flying the Bombardier turboprops from the city’s sometimes controversial island airport, Porter touts its proximity to downtown Toronto as one of its main selling features.