Manufacturer investing nearly $2 million in six automated production lines, will turn out up to 24,000 records per day 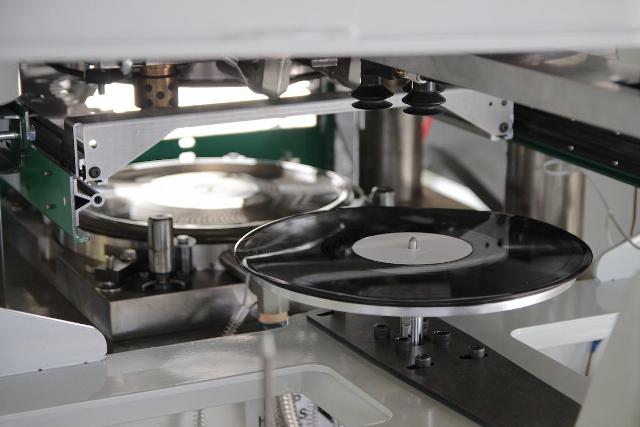 The company has installed two new vinyl production lines and plans to install another four by the end of the year. PHOTO: Microforum

TORONTO—Less than a month after Canada’s last vinyl pressing plant shut its doors in Calgary, another has sprung up to supply the resurgent industry with “warm-sounding” records made on new, automated presses.

“We’ve got the infrastructure and the contacts and it just seemed like a great fit and a good way to grow our business,” Noble Musa, the company’s vice-president of Sales and Marketing, said.

Old-fashioned vinyl LPs, which seemed destined for the dust heap with the rise of CDs and digital media, have enjoyed a remarkable revival in recent years. Global sales have increased for six-straight years and are expected to continue churning through 2017, according to a recent report from profession service firm Deloitte.

After years of “keeping its finger” on the industry’s pulse, Microforum has spent more than $1 million on the expansion so far, and expects to invest nearly $2 million by the time all six of the planned vinyl lines are up and running.

The company has also hired 10 new workers and anticipates bringing on another five to 10 before the end of the year.

And unlike other resurgent LP makers, which are re-purposing old manufacturing technology, Microforum has installed newly-built presses that can each churn out 4,000 records per day. According to the company, the two new pieces of equipment are the first modern automated presses installed anywhere in North America. 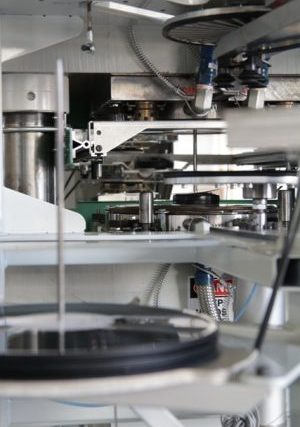 The company’s new presses are made in Toronto by Viryl Technologies. PHOTO: Microforum

“There has been this gap, where plants have been running old machines and just keeping them alive by retooling this screw, or changing that,” Musa said. “It’s not easy to keep a 40-year-old machine running—but that’s how the record industry has been manufacturing records up until recently.”

Along with the new presses, made by Toronto-based Viryl Technologies, Microforum has installed a high-capacity boiler and chiller to support the new machinery. Once all six presses are in place by the end of the year, the company says it will be able to make 24,000 records a day.

In the meantime, Microforum has been lining up customers.

The company has been running orders on a prototype basis for about three months and has secured a number of commitments from clients in Canada, the U.S. and beyond.

Still, despite the recent resurgence—with trendy new and used records shops reappearing in cities across Canada—the vinyl industry does have its limitations.

Deloitte, for instance, does not expect the market to expand beyond a niche audience. Instead, it predicts the vast majority of music consumers will continue to buy CDs, subscribe to digital streaming services, or listen to the radio.

While Musa admits that digital is convenient and represents the largest growth area, he says vinyl records still have an important place—particularly for more enthusiastic fans.

“The band can’t sign your MP3 for you, or your file for you—it’s about collecting, connecting with the music,” he said.

Having officially started the presses Friday, Microforum’s new plant is currently the only facility producing vinyl records in the country—though that distinction is likely to be short-lived.