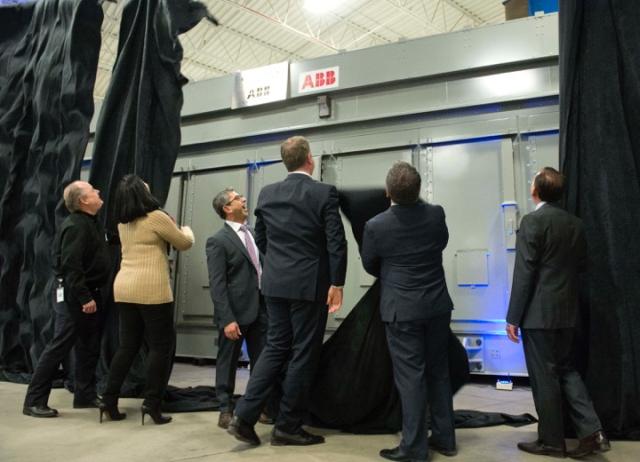 Fadi Emeid (centre), president and CEO of Elias Custom Metal, with other government and business leaders at the unveiling of the first Ontario-built e-house. The company hopes its new expertise in e-house construction will lead to further orders. PHOTO: ECM

VAUGHAN, Ont.—A Toronto-area precision metal fabricator is scaling up with a major investment in its Vaughan, Ont. facility.

Elias Custom Metal Fabrication Ltd. has announced plans to invest approximately $2 million in new equipment that will grow the company’s capacity and expand its expertise. The new machinery will also allow ECM to add up to 10 jobs at its 80,000 square-foot facility north of Toronto.

“Investment always carries forward,” Fadi Emeid, the company’s president and CEO, said. “[Past investments have] opened the door for our business, and now we’re doing this approximately $2 million investment for another few pieces of equipment that will enhance our manufacturing capability and will take us to the next level.” 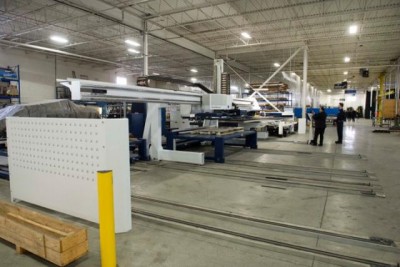 The plant floor at ECM. The company’s facility covers 80,000 square-feet and employs more than 40 people. The addition of the new tube laser cutting machine could add another 10 jobs.

Established in 1994, ECM has grown from a two-person start-up to an international company with 40 employees and clients across a range of industries—including a strong position in the market for high-end store fixtures and industrial metal enclosures. A devout believer in investing money back into the business to keep his company growing, Emeid said Friday’s announcement is the second major spend the company has made in the past five years; ECM also pumped $1.7 million into high-tech equipment in 2012.

The new funds will go toward the purchase of a fully-automated Trumpf tube laser cutting machine, allowing the company to profile and process tubes up to 9 metres long. With the accompanying employee training, the machinery will let ECM take on more complex projects using automated welding.

“10 or more years ago, Ontario was the hub in North American in manufacturing—and still is,” Emeid said. “It depends on the business you’re running. We don’t compete on volumes, we compete on high-end quality product.”

And as it strives to take on more complex work, the company has already proven itself in one area. Along with the funding announcement, ECM unveiled the first Ontario-built electrical house, or e-house, last week. A pre-fabricated structure designed to protect critical electrical equipment by shielding it within a walk-in enclosure, ECM’s e-house weighs in at more than 60,000 pounds (27,000 kilograms), and covers 1,100 square-feet (about 100 square-metres). The hefty structures are also mobile, allowing them to be relocated to different sites when necessary. They’re used in the oil and gas industry, at power plants and alongside renewable energy projects.

Built in partnership with ABB Canada, which will now add their own switch gears and electronics to the single-welded unit, the e-house was built for Enersource, which will use the power unit for a project in Mississauga, Ont. Though ECM is keeping the value of the contract under wraps, the company hopes the completion of the first locally-built e-house will lead to further orders for the complex, custom-engineered enclosures.

“This unveiling today will open the doors for future projects of the same caliber,” Emeid said.