U.S. president Donald Trump imposed the punishing tariffs last month. The decision was met with significant criticism both at home and abroad 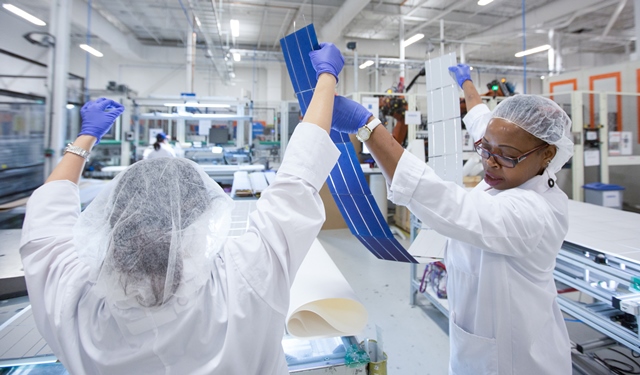 TORONTO—Three Canadian solar panel manufacturers have filed a lawsuit against the U.S. government over the 30 per cent tariff it set on solar cell imports last month.

The lawsuit claims that an investigation last year by the International Trade Commission found Canadian products don’t significantly hurt U.S. manufacturers and don’t account for much of the overall imports of solar cells to the country.

The companies state that the Commission made no recommendation of tariffs on Canadian solar cells, and that the imposition of them goes against rules in NAFTA.

The lawsuit claims that the tariffs, which the U.S. administration says was done to put American companies and jobs first, will inflict immediate, severe, and irreversible injuries to the companies.

The tariffs on solar cells, which are combined to create solar panels, have also been challenged by the EU, China, South Korea, and Taiwan at the World Trade Organization.