Despite politically powerful coal communities helping elect a president, the future of the coal industry and its associated communities remain more uncertain than ever 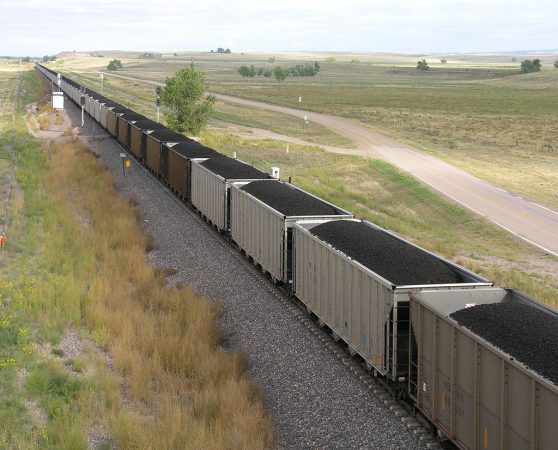 “…I’m the only candidate who has a policy about how to bring economic opportunity using clean renewable energy as the key into coal country. Because we’re going to put a lot of coal miners and coal companies out of business, right?”

This statement, she later admitted in her book What Happened, was her biggest regret from the campaign trail.

Coal workers and communities in the United States overwhelmingly supported the rise of Donald Trump because he promised to bring back coal jobs, while Clinton had pledged new jobs and new economic investments in coal communities using clean energy.

Four key coal-producing states – Wyoming, West Virginia, Kentucky and Pennsylvania – collectively produce more than two-thirds of U.S. coal. In 2016, Trump received more than 30 per cent more votes than Clinton in three of those states. He also won the fourth, Pennsylvania, just not by as much.

Once he became president, Trump pledged to pull out of the Paris climate agreement and his government launched a slew of anti-climate and pro-fossil-fuel policies.

In the recent U.S. midterm elections, Republican candidates for the House of Representatives won almost all seats in coal-producing Wyoming, West Virginia and Kentucky with huge margins.

The political power of coal communities

The configuration and structure of the coal industry reveals why coal communities remain strong politically. Our calculations show that approximately 100,000 people work directly in the coal industry in the U.S. — with an almost equal split between coal miners and power plant workers.

This number may seem small in a country like the United States, but these 100,000 jobs and revenue from coal operations support an even larger number of people.

There are a large number of “indirect jobs” for people who work on a contractual basis within the broader coal industry. This includes, for example, workers in manufacturing industries that supply equipment and provide transportation services to coal operators.

Studies have shown that every 10 coal jobs support at least an equal number of indirect jobs. But that is just the coal industry. Hundreds of thousands of people work in local retail industries in coal towns such as in coffee shops, grocery stores and bars. These are “induced jobs” and, in the absence of alternative industries, the survival of these jobs depends on the survival of coal.

Additionally, older retired coal workers’ pensions are dependent on the survival of the coal industry.

When we add up all these direct, indirect and induced jobs, and pensioners (and all their families), suddenly the coal community looks big. And they all are tied together by a single thread – the survival of coal.

Studies have also shown that coal industry workers, particularly coal miners, have a strong sense of belonging to the place where they live and work, and have very strong social bonding. For several generations, the coal industry is what they know, and whatever they have is because of this industry.

In coal towns, coal is considered an iconic industry that built the United States as we know it today. It’s for these reasons that despite the decline of direct employment, overall coal communities still remain a formidable political force.

Despite their political power, the U.S. coal industry is struggling. It has seen an unprecedented decline in both coal production and coal-based power generation in the last few years. A core issue is that coal is unable to compete with cheap natural gas and the rise of renewables is not helping either.

In 2018, even with Trump almost half way through his presidency, the U.S. Energy Information Administration predicts that in 2018, the share of electricity production using natural gas will increase to 35 per cent from 32 per cent last year and coal-based power will decline from 30 per cent to 28 per cent.

Coal and natural gas compete tooth and nail in the electricity sector.

The Institute for Energy Economics and Financial Analysis has also predicted:

“This year 1/82018 3/8 will most likely see a record set for coal-fired power capacity retirements in the U.S.”

If this wasn’t already bad news for the coal industry, a new Intergovernmental Panel on Climate Change (IPCC) special report claimed that to meet the 1.5°C climate target, coal’s share in the energy mix would need to decrease by 59 to 78 per cent by 2030 and 73 to 97 per cent by 2050.

This will likely squeeze U.S. coal exports further, even if it doesn’t change domestic consumption. Europe imports a large portion of American coal and will now face increased pressure from environmental groups and political parties to stop burning coal.

Domestic and foreign action on climate change will mean further declines in both coal mining and coal power plant jobs and the associated jobs and pensions.

So, what’s next for these communities? The coal communities are caught between maintaining the status quo or making a hard shift to a different future. That kind of shift has not always been good for workers.

One only has to look at the decline of the coal industry in the United Kingdom or of steel in the U.S. Midwest to see what can happen. If the coal industry is close to a point of no return globally and in the United States, it’s important that coal workers and their communities leverage their political power to elect politicians who will provide the right leadership for them looking forward.

In the last presidential election and the recent mid-term elections, coal country tilted heavily towards a promise of the status quo. In future elections, a promise of a just transition for workers and their communities may hold more sway. That will probably only happen if politicians and those seeking to hasten that transition actively engage with coal communities.