Allseas and TMC’s subsidiary NORI have been working together to develop a pilot collection system to recover polymetallic nodules from the seafloor. 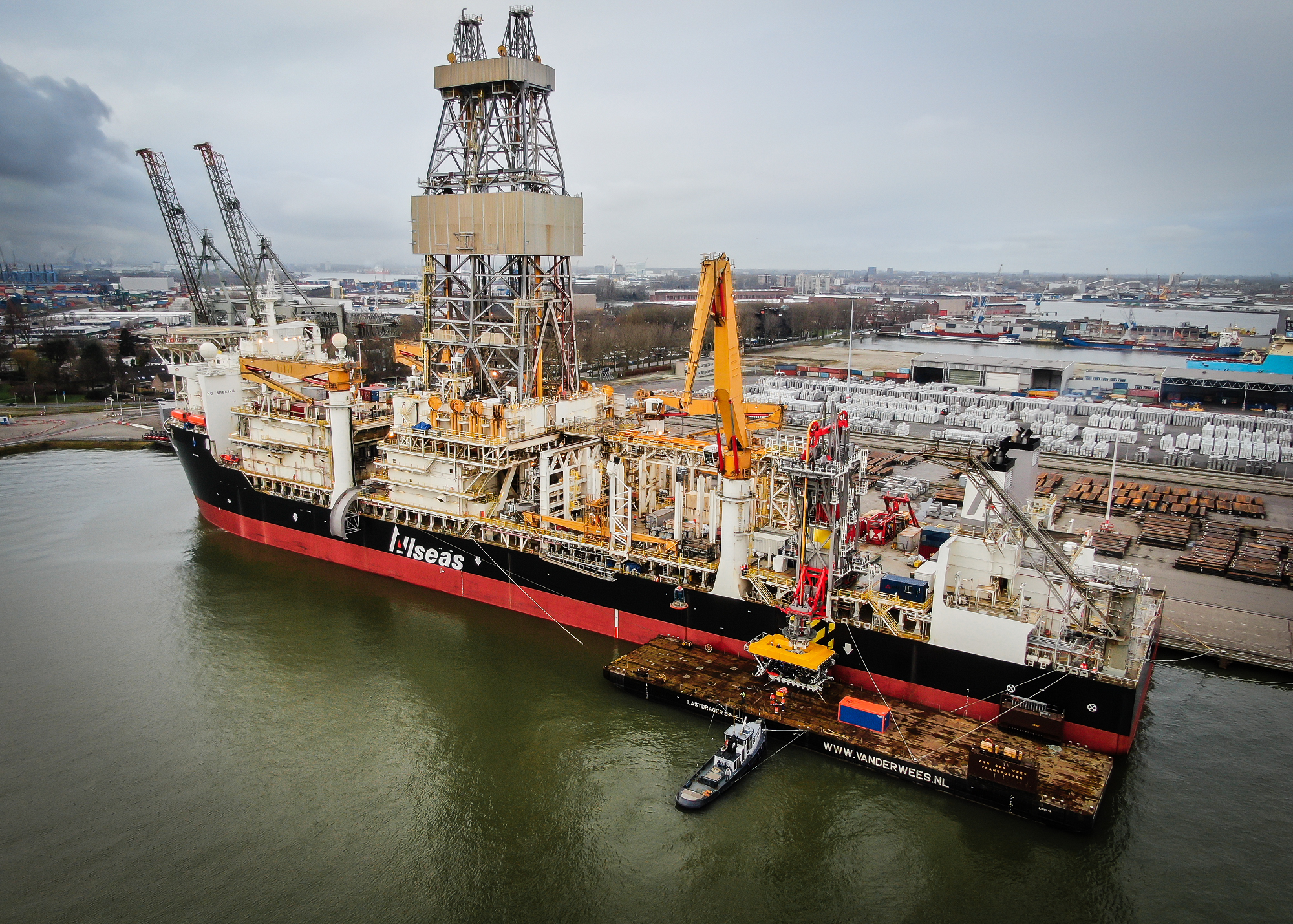 The Hidden Gem vessel, nodule collector vehicle and its launch and recovery system in the Port of Rotterdam earlier this year

NEW YORK — TMC the metals company Inc., an explorer of critical battery metals, announced that its subsidiary NORI signed a non-binding term sheet with its strategic partner and shareholder, Allseas Group S.A. to develop and operate a commercial nodule collection system with a targeted production capacity of 1.3 million tonnes per annum (Mtpa) of wet nodules and expected production readiness by Q4 2024.

Since creating a strategic alliance in 2019, Allseas and TMC’s subsidiary NORI have been working together to develop a pilot collection system to recover polymetallic nodules from the seafloor in the NORI-D Area of the Clarion Clipperton Zone of the Pacific Ocean and transport the nodules to shore for processing using TMC’s near-zero solid waste flowsheet into battery metal precursor materials and manganese silicate product expected to be used in manganese alloy production for the steel industry.

The parties expect that following the completion of the pilot tests in the Pacific Ocean, Allseas will initiate the upgrade of the pilot collection system into a production-ready commercial system with a targeted production capacity of 1.3 Mtpa of wet nodules and initial use of five years prior to additional upgrades. The parties intend to co-finance in equal parts all costs required to get into production currently estimated to be less than EUR 100 million.

Allseas and NORI also intend to investigate acquiring a second production vessel similar to the Hidden Gem, a Samsung 10000, that is expected to be engineered to a higher production rate of 3Mtpa of wet nodules. A higher-production rate system is expected to reduce the per tonne nodule collection cost significantly compared to the first production system that TMC and Allseas intend to develop and operate.

Edward Heerema, Founder of Allseas commented: “For the last three years we have been building the pilot nodule collection system with the intent to upgrade it into a production system after the pilot trials. With the pilot system ready and undergoing wet tests, we are planning ahead for the next phase: upgrade and first small-scale commercial operations, maybe even acquiring a second vessel. While we will no doubt learn a lot in the coming months, we are pleased to have a potential economic framework for how we intend to proceed together with our partners at NORI and TMC.”