Tesla plans to go strictly to internet sales as it tries to cut overhead so it can sell a base Model 3 for $35,000 and still make money 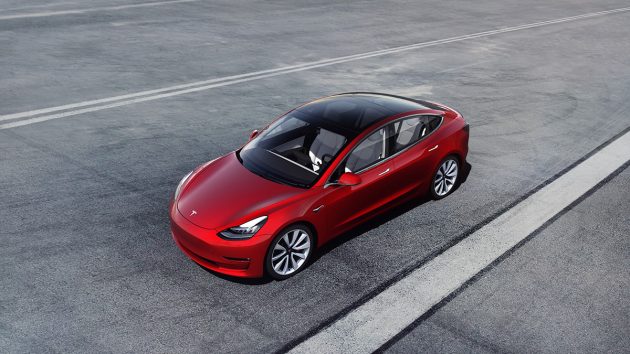 DETROIT – When Gary Bornstein spent US$52,000 for a Tesla Model 3 last summer, he did it without taking a test drive or even seeing the car that he now owns.

The Long Island, New York, financial consultant did his research and ordered the car online, a process that Tesla CEO Elon Musk is gambling on being attractive to many more buyers in the future.

Musk on Thursday announced a radical change in Tesla’s business model. The Silicon Valley electric car maker plans to close most of its stores worldwide and go strictly to internet sales as it tries to cut overhead so it can sell a base Model 3 for $35,000 and still make money.

Related: Tesla to close stores to reduce costs for US$35,000 Model 3

It’s a huge risk and a major departure from the way people now buy new vehicles in the U.S. Many states require cars to be purchased from physical dealerships so buyers typically do their research online but travel to a storefront to kick the tires, make the deal and drive away.

Still, experts say the time may be right. A tech-savvy generation that grew up ordering goods online from Amazon sight-unseen has reached car-buying age and is Tesla’s target market. But even they may be skeptical of spending so much money without getting behind the wheel, especially for a purchase second only to the cost of buying a house.

“This is a purchase that is an extended-buy purchase. It’s not something you go pick up a loaf of bread, milk and you buy a Tesla,” said David Koehler, a marketing professor at the University of Illinois-Chicago. “People get upset just buying clothes online that don’t fit them.”

Even Musk seemed a little apprehensive on a conference call with reporters Thursday. At one point he said there’s demand for 500,000 Model 3s per year, but he also added “I don’t know what the demand is.”

Investors also were skeptical, in part because Musk predicted a first-quarter loss after pledging to be profitable every quarter. Shares of the company took a beating Thursday and closed down nearly 8 per cent.

Musk, in an email to employees, wrote that 78 per cent of all Model 3s were purchased online last year rather than in a store, and 82 per cent of buyers did it without a test drive. He’s also offering to let people return the cars and get their money back within seven days or 1,000 miles after the sale.

Bornstein, 45, said spending more than $50,000 completely online felt strange, but he read numerous reviews and sat in a Model 3 at a Tesla store near his home before buying.

“It was a bit of a weird feeling, definitely a leap of faith,” he said. But he’s happy with the car and would make the same purchase online, even if he wasn’t near a store.

The leap of faith may not transfer to people who want one of Tesla’s more expensive models, the Models S and X, which can run well above $100,000. Bornstein said he’d be less likely to make that large of a purchase online.

Jessica Caldwell, senior analyst for the Edmunds.com auto pricing site, said those buyers tend to be older and less apt to buy on the internet. But Caldwell said the seven-day return policy is a way that buyers can be sure they’re not making a mistake.

“I think having that program probably does for a lot of people at least give them peace of mind that they can return the car if things just go sideways for them,” she said.

Tesla also will lose a chance to sell people on higher-priced vehicles or features when they come into stores, a something dealers have done for generations, Caldwell said.

There’s little data about online auto purchases. Edmunds, which provides content to The Associated Press, has found that it takes people an average of 3.5 months to buy a car, from starting research to the finish. Most of that time is spend doing online research, Caldwell said.

And the used-car site Carvana, which does sales totally online, more than doubled its sales last year to over 94,000, even though it started selling vehicles in 2013. The company certifies the cars, offers buyers a warranty and has a seven-day return policy.

All of this means the time may be right for the visionary Musk make the switch, said Koehler, who pointed out that 2018 was the first year that online sales exceeded those at traditional stores.

“He can drive revenues and reduce all that overhead with dealers,” Koehler said. “It’s a risky decision, but what is he known for? He’s a maverick.”