The company more than quadrupled production over the first three months of the year, but still came up dramatically short of the tens of thousands of cars it planned to make 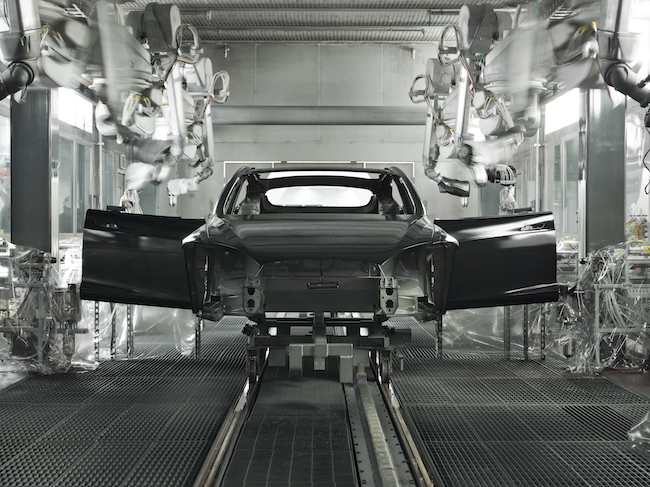 The electric car maker is now producing the Model S, Model X and the Model 3 at the Fremont, Calif. manufacturing plant. PHOTO: Tesla

The Palo Alto, California, company says it made just under 9,800 Model 3s from January through March. That’s four times what it made in the fourth quarter. But it’s still only a fraction of the 20,000 per month that CEO Elon Musk promised when Tesla first started making the car.

The news, released just before the markets opened Tuesday, pushed Tesla’s shares up about 3 per cent to $259.54 in early trading. Still, they have fallen nearly 15 per cent since the start of the year on a string of bad news for the 15-year-old company.

Tesla says it made just under 35,000 vehicles total in the quarter including the Models S and X. That’s a 40 per cent increase from last year’s fourth quarter.

The company predicted that Model 3 production will climb rapidly through the second quarter and reach about 5,000 vehicles per week around early June. Tesla predicted high sales volume, good gross profit margins and strong cash flow. “As a result Tesla does not require an equity or debt raise this year, apart from standard credit lines,” the company said in a regulatory filing.

The Model 3, with a starting price of around $35,000, is the car that’s most important to Tesla’s future. It’s the company’s first lower-cost, high-volume car and is crucial to its goal of becoming a profitable, mainstream automaker. Tesla at one point had more than 500,000 potential buyers on the waiting list for the Model 3. But in a statement Tuesday, the company conceded that some had cancelled, refusing to give numbers. Tesla said Model 3 reservations “remained stable” through the first quarter.

The cancellations, it said, were “almost entirely due to delays in production in general and delays in availability of certain planned options,” including dual motor all-wheel-drive versions and a smaller battery pack.

The company said it delivered 29,980 vehicles during the quarter.

The increased production comes after a succession of bad news for the company this year, which started with low production numbers in the fourth quarter when the company made only 2,425 Model 3s. Then, two federal agencies opened investigations into crashes of two of its models on California freeways, including one that killed a man near Mountain View.

In the Mountain View-area crash, Tesla said last weekend that the Model X SUV was operating on the company’s semi-autonomous “Autopilot” system when it hit a freeway barrier. The company hasn’t said whether a Model S sedan that crashed near Los Angeles earlier in the year was operating on Autopilot.

The agency said future ratings will depend on whether Tesla can meet Model 3 production targets. Moody’s also wrote in a note that Tesla likely will need to raise capital soon. Its liquidity isn’t enough to cover $3.7 billion it needs for operations, capital expenses and convertible debt maturities through early 2019.