by Justin Pritchard And Scott Sonner, The Associated Press  September 3, 2014 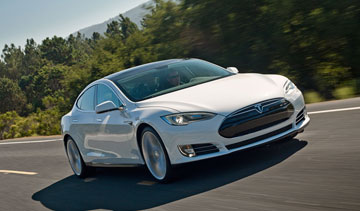 RENO, Nev.—Tesla Motors has chosen Nevada as the site for a massive, $5 billion factory that will pump out batteries for a new generation of electric cars, a person familiar with the company’s plans said August 3.

The person, who spoke on condition of anonymity because no official announcement had been made, said work would soon resume at an industrial park outside Reno.

Four other states—California, Texas, Arizona and New Mexico—were vying for the project and the estimated 6,500 jobs it will bring.

Nevada Gov. Brian Sandoval’s office said only that the governor would make a “major economic development announcement” Thursday afternoon. A spokesman for Tesla, based in Palo Alto, Calif., said company representatives would be at the Capitol for the announcement but offered no other details.

Tesla has done site-preparation work at the Reno Tahoe Industrial Center but had not publicly committed to building in Nevada, instead waiting as other states put together their best packages of economic incentives.

This spring, Tesla CEO Elon Musk announced that the company would take the extremely unusual step of spending millions to prepare sites in several states before choosing the finalist.

The person familiar with Tesla’s plans told The Associated Press that a second site would still be prepared, in case Nevada is unable to deliver the incentives it has promised—or possibly to build a second factory.

Tesla needs what it calls the “gigafactory” to make cheaper batteries for its Model 3, a mass-market electric car the company hopes to sell by 2017 for around $35,000.

Currently, Tesla offers only the Model S sedan, which starts at $70,000. Tesla will pay about half of the factory’s cost; the other major investor is Panasonic, which will manufacture the lithium-ion battery cells and invest in equipment.

Juliet Williams in Sacramento, Calif., contributed to this report.