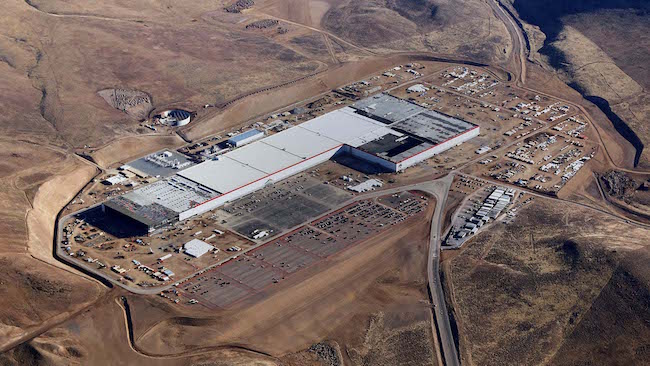 The company’s partially-complete Gigafactory in the Nevada desert. PHOTO: Tesla

Tesla plans to start making batteries for its Model 3 sedans later this year.

The massive Gigafactory outside Sparks is coming online in phases, with a goal of full operation in 2018.

Officials say it could almost double the world’s production of lithium-ion batteries, making them more affordable as the company looks beyond the luxury niche market. Still less than 30 per cent complete, the company expects the Gigafactory to eventually become the largest building in the world.

The electric carmaker says it has more than 850 full-time employees, plus more than 1,700 construction workers.

Nevada has promised Tesla $1.3 billion in state tax incentives based on projections that it’ll employ 6,500 people at full production.